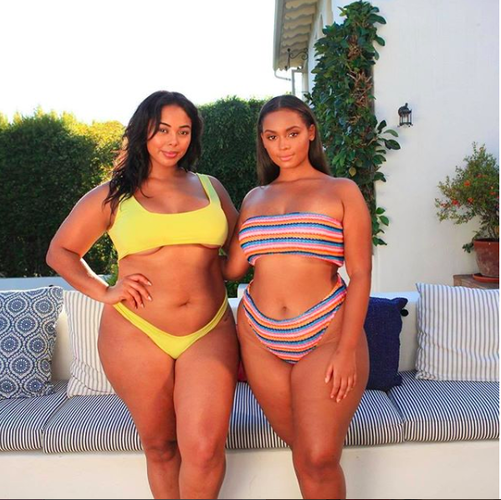 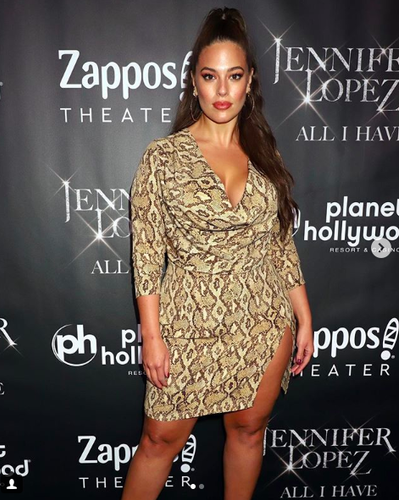 It’s supposed to be a brand new day in fashion. Today, mainstream fashion brands are giving true equal representation a go; many are hiring models in sizes above a 14, supermodel Ashley Graham is equally as successful as her size zero counterparts, and for the first time people of all ethnicities, gender identities and physical capabilities are visible in a once boringly non-inclusive industry.

But not everyone is on board with fashion’s new normal.

Popular online retailer Pretty Little Thing (PLT) was recently blasted ‘for promoting obesity’ after it posted a picture of LA-based model Tabria Majors, 28, who is a US size 14-16 (UK 18-20) and Kayla Jane, 19, from New Jersey, wearing its latest bikinis.

...we will continue to build a brand that actually cares about our customer deeper than just selling to them.

‘Obesity is a serious health concern and it should not be advocated for,' wrote one follower on Instagram.

‘The unhealthiness jumped out in this pic', another claimed in the comments, before hundreds more chimed in. And so the angry comments went on.

While the overall picture received an overwhelmingly positive response with close to 200,000 likes and comments, the negativity prompted Pretty Little Thing’s owner Umar Kamani to respond.

‘…we live in a world where mental health is becoming a bigger issue and our aim is not just to sell clothes but to fill girls with confidence and happiness through the way they dress.’

He added: ‘We want every girl and everybody to feel comfortable in PLT. We will continue to support all body shapes and sizes and we will continue to build a brand that actually cares about our customer deeper than just selling to them.’

Kamani’s heartfelt message was well received with more than 60,000 people rushing to support his commitment to inclusivity. Despite the backlash, the brand has continued to expand its size ranges and is becoming known for its beautifully diverse representation.

When model Tess Holliday, a UK size 26 and 20 stone, graced the cover of Cosmopolitan’s October 2018 issue the image polarised people on a national scale.

Courting controversy as ever, Piers Morgan called the photo ‘dangerous and misguided’.

Also taking to Instagram he wrote: "As Britain battles an ever-worsening obesity crisis, this is the new cover of Cosmo. Apparently we’re supposed to view it as a ‘huge step forward for body positivity.’ What a load of old baloney. This cover is just as dangerous & misguided as celebrating size zero models."

The inclusion of plus-size bodies is considered the antidote to fashion's thin-extremes but, as Piers suggests, is glamorising an extremely full-figured body a contradiction?

"At the end of the day, I'm not doing this for people like Piers,” said Holliday. “I'm doing this for women around the world that need to see someone that looks like me to feel less alone and to understand that the way they look is beautiful.”

Holliday added: “… I'm not putting myself on the cover and saying, 'Hey guys, let's all gain 300lbs and be fat'. I'm literally just existing in my body. I don't have to prove that I'm healthy to anybody. I'm so incredibly grateful to be able to exist in this space that people haven't been able to before. My health is no one's business. My message isn't, 'Let's all be fat!'. My message is, 'Let's love yourself, regardless of how you look in your current body'.

...the fashion world is an important influence in how we think and feel about our bodies and ourselves.

Large or small, women’s bodies continue to be openly criticised especially when it comes to weight. Though the average UK dress size is similar to the models featured in PLT’s photo, it seems we are our own biggest critic - Pretty Little Thing's comments are proof of such. Maybe some people resented Tess Holliday's Cosmo cover and PLT's plus-sized models as it is a more truthful, unfiltered representation of ourselves.

If that's the case, maybe more representation is the answer.

As society’s purveyors of good taste, the fashion world is an important influence in how we think and feel about our bodies and ourselves. For brands like Pretty Little Thing, positioning themselves as a clothing range designed for every body is not just business smart (it means more customers after all) but necessary to the improved self-esteem of all its customers.

All brands should take note.