Watch Strictly's Gemma and Gorka hit the gym (together) 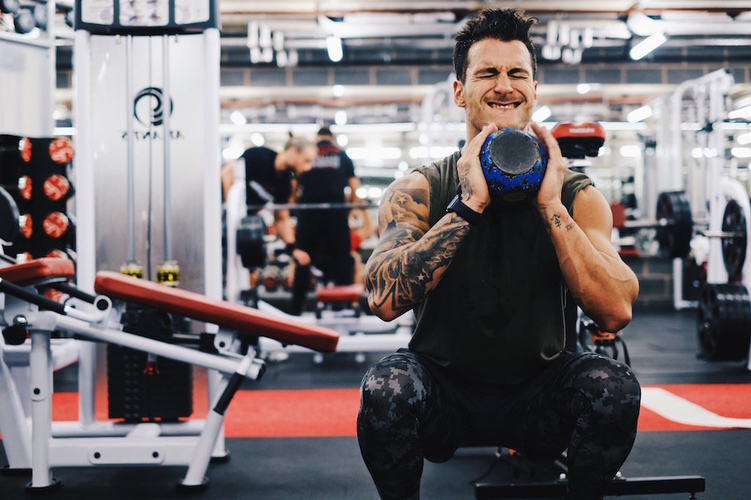 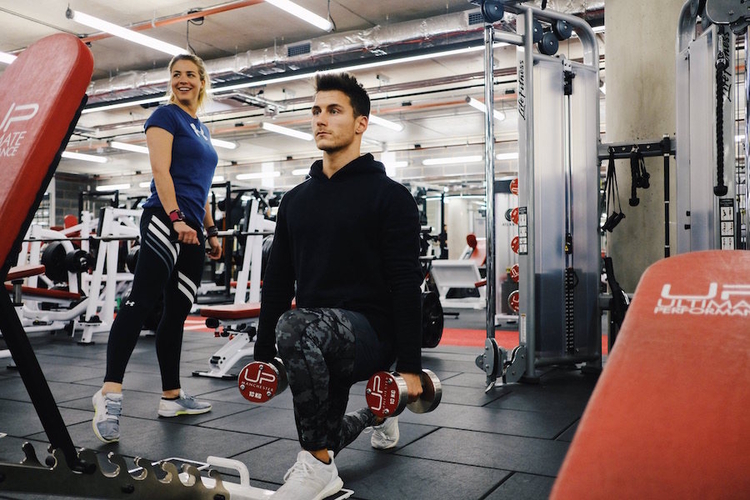 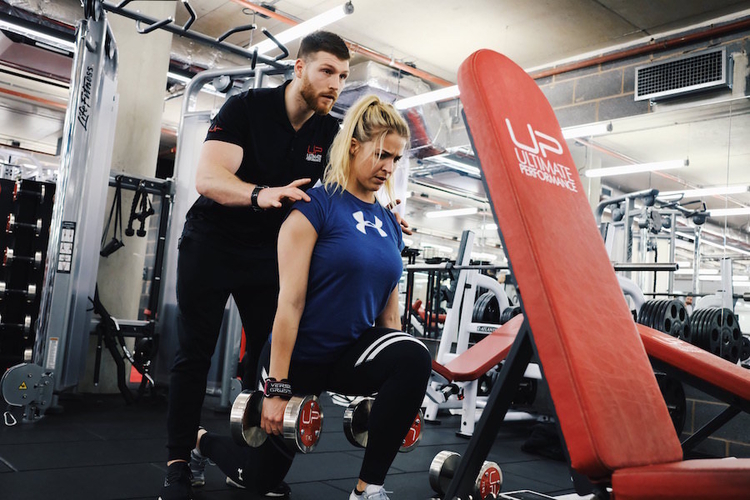 GEMMA Atkinson and dancer Gorka Marquez are used to training hard – but how did they get on when they trained together?

They became an item after appearing on last year's Strictly Come Dancing. And although they weren't dance partners on the show, they often go to the gym as a couple.

Gemma recently brought Gorka to Ultimate Performance in Manchester city centre – the gym where she got in shape for her Strictly appearance through their 12 week transformation programme.

Together they completed the high-impact Full Body Couple's Workout and have started training at UP on a regular basis ahead of a photo shoot in a few weeks' time.

“I’m like a Russian shot put thrower! I love having strong legs and thick thighs.”

Do you train together often?

Gemma: We do train together quite often. We go to the gym together but sometimes he goes and does his stuff and I do my stuff.

Wherever I am, I do the same kind of weight training I do at Ultimate Performance – German Body Composition-style supersets and hard training.

I love that Gorka is into his training as much as me. He keeps me going and helps keep me motivated.

What kind of things do you do in the gym?

Gemma: We do the same stuff in the gym, but Gorka obviously lifts a lot heavier than me! We push each other in the gym – but he definitely pushes me more.

It’s good because I have a bike at home, so we can get a workout in there if ever we’re short for time in getting into the gym. The other day Gorka did maximum calories for time on the bike, into skipping, and into burpees.

Then he texted it to me and said, ‘This is what we’re doing today!’

I try and keep up with him.

Now Gorka is in Manchester a lot so I wanted to bring him into Ultimate Performance to train with ‘Evil Steve’.

Unless you’ve trained with Evil Steve you’ve not experienced proper training. I’ve not seen him sweat like that for a long time in the gym.

What have you been training today?

Gemma: We have basically done today what I did on my first ever session at UP. It reminded me how starting all over again feels because I struggled really badly.

In fact, I couldn’t complete my final set on split squats, it was that tough! It was mentally disappointing but I’m fully aware that it’s expected after time away. I know what to do to get myself back feeling my best so I’m not worried.

It has made me realise how quickly you can lose your strength if you don’t keep it up. 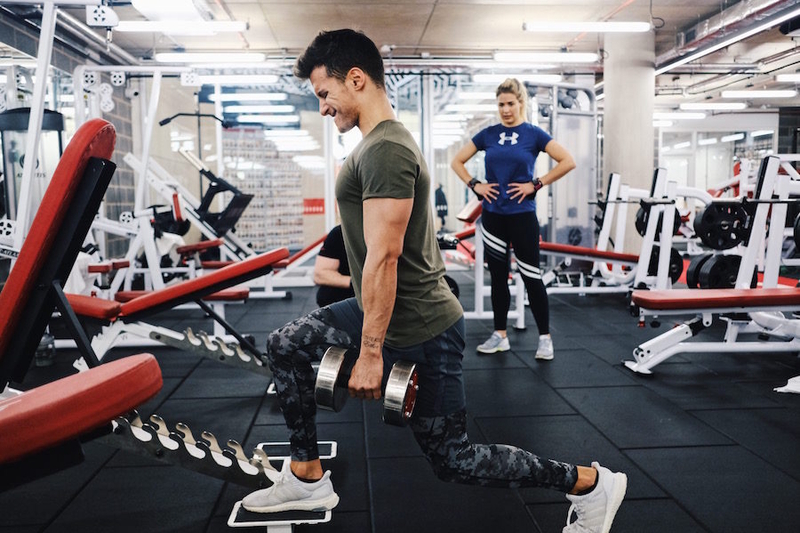 How did you find the first session at UP?

Gorka: It was hard, and I train a lot! The thing is, it’s not just about the weight you lift, but it’s more about the tempo and the time you keep the muscle under tension for.

It’s the smart way to train.

You could lift 100lbs, but you might injure yourself. So if you want to stay healthy and keep your joints in good condition, this training is very good.

It might only be 6 to 8 reps, but you go all the way down and pause which might look easy, but then after five reps you’re like ‘Oh! Now I can feel it!’

The toughest part of the workout was the split squats. We were lifting 20lb dumbbells each side and it was hard.

Then the last part with the prowler, I almost thought I was going to throw up!

We did three rounds on the prowler.

Gemma: We did the same weight on the prowler for three rounds. Gorka was obviously faster, but only just!

Gorka: Gemma is stronger than me in the legs!

Gemma: I have thunder thighs! Ha! Gorka has to keep his legs lean and light for dancing. He doesn’t train legs a lot because dancers need to be light and quick. Whereas I’m like a Russian shot put thrower! I love having strong legs and thick thighs.

Have you trained with a personal trainer before?

Gorka: When I used to compete, I used to be on the national team. I had a personal trainer three times a week. It was more bodyweight, speed and coordination training though. I would do plyometrics, box jumps, TRX, and training for coordination and balance obviously to help me with dancing.

How often do you work out together?

Gorka: Now it is quite tough because we’re moving around between Manchester and London. When we were on tour together we would work out together almost every day.

When I’m here in Manchester we train at least four times a week.

It’s great having someone to train with and someone who loves doing what I do in the gym. In the past, I’ve had girlfriends who never wanted to train. But Gemma loves it and she likes to eat healthy too. She takes good care of herself.

When you have someone who has the same interests as you and who you can share stuff with, it’s nice. Gemma trains hard! She is a machine!

Do you both eat healthily together?

Gemma: Gorka is way better with his food than me. He is a great cook and cooks everything from fresh, which is good.

Gorka: I eat well. People always ask me ‘how can you always eat like that?’ But I’m lucky because there are so many things that other people eat that I just don’t like. Things like ketchup, mayonnaise and high calories sauces.

Some people put cheese on everything but I only like it on pizza, and that’s it.

I’m not a big fan of chocolate either. Much to Gemma’s annoyance because she loves it, ha!

Give me a plate of pasta with olive oil, and I like it.

I have to eat a lot of food because I burn a lot of energy and I have a fast metabolism from dancing every day.

I eat like five or six meals a day. I just eat clean fresh foods which some people find boring but for me it’s easy.

I do all my own food prep – I will spend an hour batch cooking my food and then it’s done for a few days.

I love to cook. We eat the same things. I’ll sometimes prep food for Gemma and she’ll sometimes cook for me. She’s a great cook.

This workout was designed to allow both Gemma and Gorka to train all the major muscle groups in one workout.

We kept the lifts simple – so it was both a safe and effective workout to do as a couple and allowed me to coach effectively while getting the necessary training intensity Gemma and Gorka needed to elicit a positive adaptation.

The workout was structured into lower/upper body supersets in the German Body Composition Training protocol.

This has a lot of benefits when it comes to body composition, but one of the most significant ones here is that it allows us to manage the trainee’s fatigue better.

This allows the trainee to be able to perform at a higher intensity throughout the workout as the muscles will be getting more rest than a workout that solely focuses on a single body part like the legs or the chest, for example.

The one thing we really focus on in every workout at Ultimate Performance is getting the maximum benefit from every single rep by perfecting tempo, range of motion, time under the tension and contracting the correct muscles. 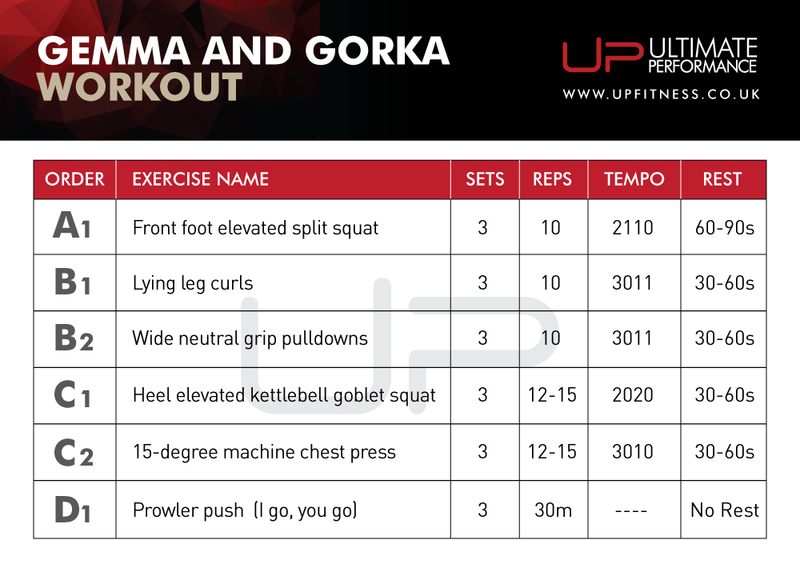