"Manchester Fashion Week is all about providing opportunity, and going forward we hope to give others a chance to get into the fashion industry, starting right here in Manchester"

Manchester has set itself apart as the recognised fashionable capital of the North, illustrated by fashion bible Vogue's soirée to the city last October.

The time has come again for Manchester Fashion Week with the city set to host a four-day event across the Easter bank holiday weekend (Friday 18 - Monday 21 April) which will see new and upcoming names showcasing alongside some leading fashion brands.

Manchester Fashion Week, or MCRFW as it's being branded (abbreviation is very 'on-trend') is already beginning to gather momentum. 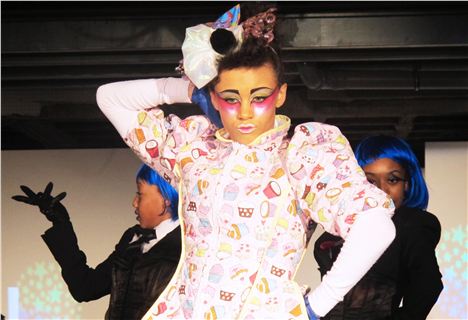 "We're really thrilled to be back," says Event Director Anna Gledson. "We're already receiving a great response from others in the city who are equally excited. We'll be showcasing some of Manchester's hidden fashion gems, revealing some incredible undiscovered talent and giving these young designers a platform to elevate their designs within the fashion world."

Thrilled to be back you say? Of course, this is not the first time Manchester has held a fashion week, 2012 saw catwalk events and big names including Ted Baker and Mulberry showcase. Last year... well, the less said about last year the better (utter balls-up about covers it). 2014 promises to be a new chapter for MCRFW. 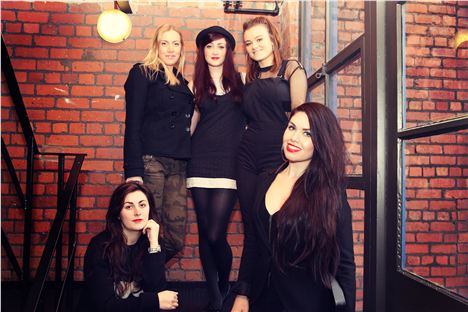 Manchester is a hive of fashion talent and with three universities offering a multitude of fashion-related courses (with University of Central Lancashire and Liverpool John Moores only a stones throw away), it's no wonder our city is churning out some of the rising stars of the fashion world. We gave the world Matthew Williamson, Ossie Clark, Celia Birtwell to name drop just a few.

The four-day event will give many of the new designers in Manchester a chance to showcase their work and earn themselves some recognition. "Manchester Fashion Week is all about providing opportunity, and going forward we hope to give others a chance to get into the fashion industry, starting right here in Manchester," says Gledson. 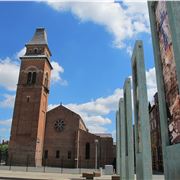 Hallé St PetersThe four-day event will take place at the Hallé St Peters in Ancoats. Names are still to be confirmed but with brands such as Flannels, Mulberry and Missguided in the past, big things are to be expected of this year's event.

"We are looking forward to hosting Manchester Fashion Week at Hallé St Peter's this Easter," says Hallé St Peter's Projects and Events Manager Martin Glyn. "Ancoats has always been central to the cotton industry in Manchester, and indeed the UK, so it feels entirely fitting that this year's event should be staged here. It will be the first event of its type in the space and we look forward to welcoming the designers, models and all of the guests."

Tickets for MCRFW will be available via ticketweb in March.