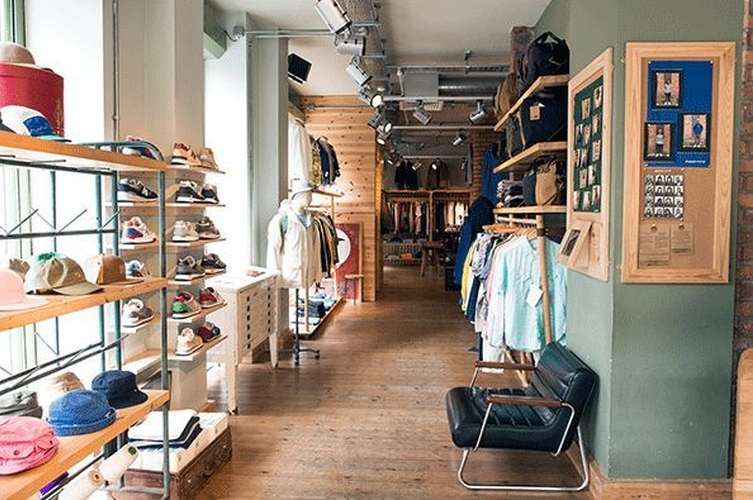 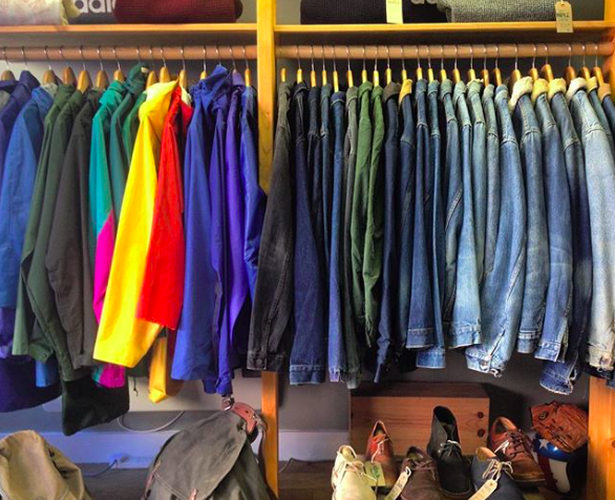 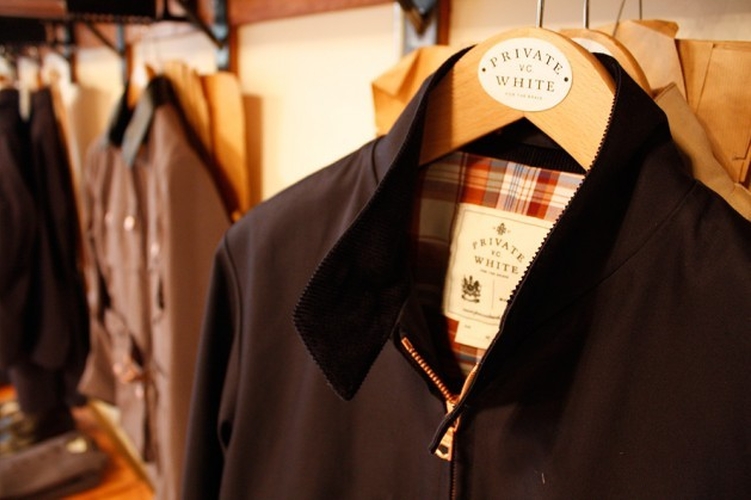 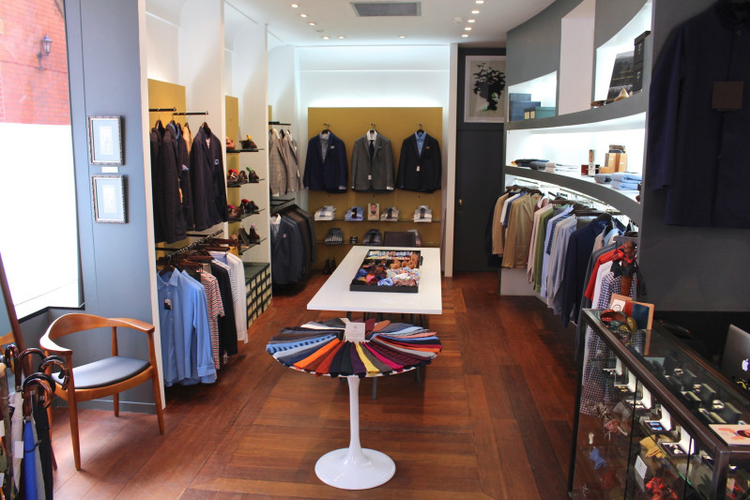 Shopping has always been considered a mostly female pastime, men are usually to be found loitering, minding the purses. As a result, on the high street, you'll often find boyfriends or husbands smothered under piles of clothes outside the changing rooms, wishing for the end of days. It's a sorry sight to behold.

The high street does not cater for men as it does for women (have you noticed most menswear sections are banished to the basement or upper floors?) - blame it on good ol’ gender stereotypes and female spending power.

Yet new research reveals men are increasingly spending more on clothes - around £100 per month – proving they do like shopping, but would probably rather swerve Topshop during sale time.

So where should fellas shop in the city?

So it’s time to set men free from changing room purgatory - here's thirteen of the best independent menswear stores to try out in Manchester.

Formerly known as Ran, the store - hidden away in the back end of St Ann's Arcade - had been in dire need of more passing foot traffic. And while still somewhat of a hidden gem, the urban footwear outfitters have taken a smart new glass fronted store in the nearby grade II-listed Barton Arcade. Clearly fans of street and music culture, the store caters for new and veteran sneaker-heads (and those who may or may not have contemplated buying a skateboard in their late-30s). Shop Nike to New Balance, Fred Perry to Adidas. 11 Barton Arcade, Deansgate, Manchester, M3 2BB The R Store

Whether a wispy indie rocker or a pinstriped businessman, Jeffery Wests are the ideal finishing touch to any man’s outfit. Famed for razor-pointed winkle pickers and eccentric designs, the gothic-style shoemakers have been turning traditional shoemaking on its head since they launched in 1987. Manchester boasts one of six Jeffery West stores (with others in Northampton, London and New York) in Barton Arcade. Inside the boudoir-red store (complete with silver skull decor) find classic Italian leather smarts alongside embossed snakeskin studded Chelsea boots. 1 Barton Arcade, Deansgate. Manchester M3 2BB Jeffery West

To be ‘Made in Manchester’ is considered a thing of great pride, especially in recent months. James Darby is a maverick Manchester designer and tailor whose clothing is proudly handmade in Manchester – the words are even stitched into the seams. Darby’s designs – work jackets in cotton drill, bespoke shirts, structured military coats -  is ideal for any man after special and quality items. After moving from his store on Thomas Street, Darby is now creating one-off garments on the premises of his new St Ann's Arcade boutique as well as selling other English made brands. 7 St Ann's Arcade, Manchester, M2 7HF (should open later this month). James Darby

There’s something glorious about eighties and nineties style that keeps us from letting go. In the case of Bionic Seven, this vintage menswear store is full of nostalgic items which will easily see you into the next decade. Established in the Northern Quarter in 2005, the Bionic Seven team handpick rare and premium items from across the US and Europe; from Gore-Tex jackets to tennis polo shirts and original Ralph Lauren, Lacoste, Barbour, Levi’s and even Belstaff items. 60 Port Street, Manchester, M1 2EQ Bionic Seven 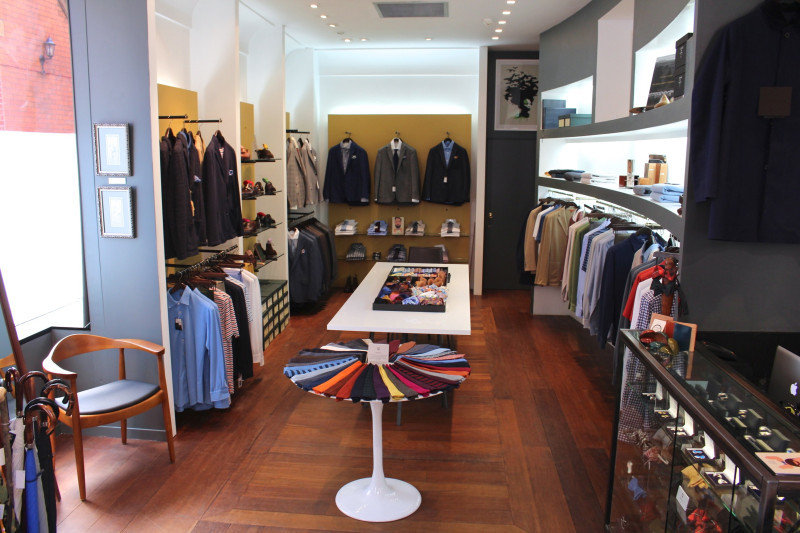 While ‘diverso’ may translate to ‘different’, this menswear brand is wonderfully classic. Preppy as it is modern gent, the British-born outfitters are known for their craftsmanship and specialise in cashmere, cotton, silk, wools and Italian leathers materials. Based on King Street – one of four shops across the UK – shop tailored blazers, waistcoats and fitted shirts as well as preppy polo shirts and trainers. 56 King Street, Manchester M2 4LY Diverso

Does the Northern Quarter have a dress code? Well, anything goes in the city’s most bohemian area, but if it did, Bags Of Flavour - with its cool, casual, vintage urban threads - would probably epitomise it. After all, BoF has been on Tib Street for more than ten years, and has such helped to define the vibe and style we’ve all come to recognise. Vintage clothing specialists and custom bag makers, BoF take unloved items and give them a new lease of life. Shop here for one-offs – like an 90s Fila sweatshirt or a Levis jacket from yesteryear. As they say ‘better to own something precious then have a lot of mediocracy'. 33 Tib Street, Manchester, M4 1LX BagsOfFlavourMCR

When your customer base includes Premiership footballers, American superstars and members of the Jackson 5, it’s fair to say you’ve built a credible reputation. Its celebrity clientele is something Intro is proud of, and the Deansgate store has plenty of celebrity signatures displayed on the walls to prove it. With nearly two decades in Manchester, Intro know their customer base well and stock premium brands with edgy style to cater for men who want clothes designed to be seen in. Brands include: Jeffery West, Versus Versace, Moose Knuckles, ParaJumpers and  Scotch & Soda. 51 Deansgate, Deansgate, Manchester M3 2AY Intro Clothing

Didsbury’s Steranko know a thing or two about men’s style, after all, they’ve been at it for 25 years. The boutique describe themselves as ‘fashionable but not faddish, contemporary but not clichéd’ and source the kind of clothes, shoes and accessories that make you feel marvellous and your friends feel jealous. A failsafe shop for everyday outfits, source great quality jackets, jeans, chinos and sweatshirts from the likes of Dickies, Nudie Jeans, Rains and Fred Perry. 172 Burton Road, West Didsbury, Manchester, M20 1LH Steranko

Oi Polloi is the kind of menswear boutique you hope your better half will frequent. When Liam Gallagher (him again?) wore an orange parka for his surprise performance at the One Love concert it sold out on the Oi Polloi website in two hours – despite costing almost £500 quid. The seminal menswear boutique has been influencing fashion conversations ever since it set up on Thomas Street in 2002. Focusing largely on streetwear, Oi Polloi sources coveted items from a host of international brands including Patagonia, YMC and Birkenstock. 63 Thomas Street, Manchester, M4 1LQ Oi Polloi

So you may not know your ‘ollie’ from your ‘tic tac’, but that doesn’t mean you need swerve skate shop The Black Sheep. After eight years in Manchester, the team of passionate skaters opened an expanded store dedicated to their love of skate culture on Dale Street in 2015. Inside, there’s a well-curated selection of street wear – from Dickies jackets to the latest Vans skate shoes. 36 Dale Street, Manchester, M1 2HN Black Sheep