KATE MOSS, Sienna Miller, Fearne Cotton and Made In Chelsea’s Rosie Fortescue are already fans. Fashion magazines and luxury department stores have sat up and taken notice, and an upcoming London exhibition is on the cards for Mancunian scarf designer Laura Orchant.

"It's that attention to detail, you need that in the luxury market."

“Scarves are definitely having their moment,” smiles Orchant.

Orchant is still very much fresh meat on the fashion market, having only graduated in 2012 from Ravensbourne Design College in London. For most graduates (myself included) it takes them at least a year to find their feet and even just think about taking their first steps into the working world, let alone making them a reality, but not Orchant. “I graduated on the Thursday and started my business the following Monday.” 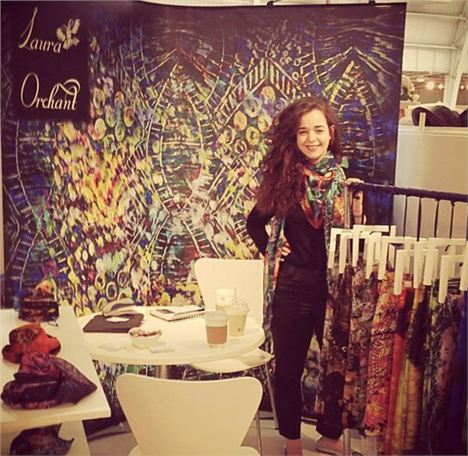 Backed by businesswoman Rebecca Lewis, Orchant has been steadily growing her company step-by-step and her hard work is clearly paying off, “It’s non-stop but I love it. I get to work on my own terms which is great as I work crazy hours. I couldn’t sit down between three and six and just work.

"Rebecca has given me so much business advice; she’s really helped shape me. She’s been in business for years and I really trust in her. She’s been guiding me as I’m still quite fresh.”

So with her mentor on hand, Orchant has been carving a name for herself in the fashion world in the eighteen months since she donned her mortar board and gown. Business is picking up. Already stocked in luxury department store Fenwick on London's Bond Street and an upcoming exhibition at the Phillips Gallery in London too, Orchant has accomplished a lot for such a young designer and is already looking to do more. “Oh there’s a lot in the boiler," says Orchant. "I keep getting requests from all over. I’m looking at expanding at Fenwicks in London and venturing further than just scarves. The collections are doing so well – we sold out at Christmas.”

It's not just scarves that Orchant has her eager creative eye on either. Soft furnishings are next on the list for the Hale-born designer. “I’m starting at Stockport College, venturing into interior design. Hopefully push out a bit further.”

Already earmarked by the fashion press such as Grazia for her colourful eye-catching prints, Orchant is committed to the tiny details that make each of her scarves so beautiful. With the tagline 'printed luxury goods' it's a lot to live up to. 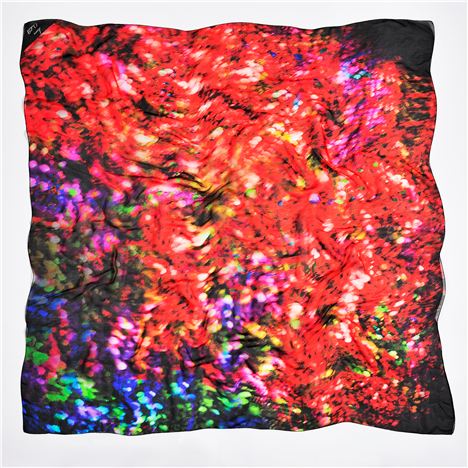 “I start off by drawing and then digitally manipulate my drawings before printing. Each scarf is unique, whether it's the silk blend or the cashmere blend. I get my inspiration from anything, even my wallpaper at home.

"I also draw all the how to wear guides on my website and in my lookbook." Surely how to wear a scarf is pretty simple? "Well we were selling out of the larger scarves but the smaller 90 by 90 scarves weren't selling because people didn't know what to do with them. So I just thought about showing different ways to wear them; in your hair or just looped around your neck, I even wear mine as a sarong on holiday when I'm on the beach. It's just about keeping it quite vibrant and fresh and young."

From the designs to the how-to-wear-it guides to where her scarves are stocked, Orchant is in control of every aspect of her business. She even makes the frames on which many of her scarves are displayed. "That was definitely blood, sweat and tears that one. I built, sanded, painted and polished the hangers for displaying my collection. It's that attention to detail, you need that in the luxury market." 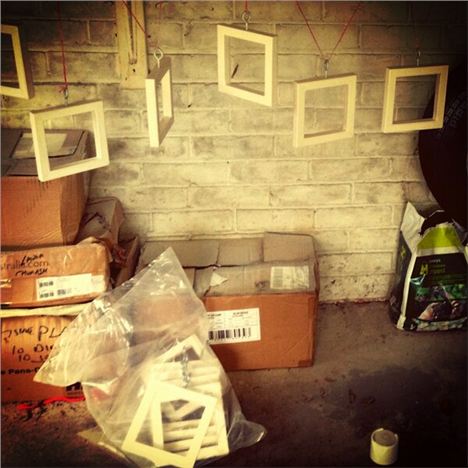 So surely a move to the capital city is imminent for a fashion creative type? It's almost expected for fashion beginners to disappear off to the big smoke and toil their way to the top, interning (often for free) with anyone who will have them.

“No, it’s not for me,” explains Orchant. “I want to do this on my own terms, back home where my family and my boyfriend are. It’s just exhausting down there. This way, I’m excited to go to London and I’m proud to prove a point.”

Manchester proud Orchant is certainly determined to do this her way. She has done her share of interning, shadowing fellow Manchester designers including Robin Greene and Red Inc. (now part of Manchester brand Ringspun) to gain experience. "Robin was great, I had free reign and it really built up my confidence." 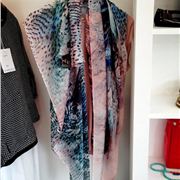 A Laura Orchant scarfIt's hard to believe the self-assured Orchant ever doubted herself, but she tells me at one point she even thought about dropping out of university. "It was a lot of work and I was unsure, I was debating not finishing. But something changed one night, and then my designs and my prints became all I talked about. I was obsessed and completely in the zone; and I've never left."

If anyone is the epitome of living and breathing fashion then Orchant is it. "I'm just working on making my fashion insanity a reality," she explains. "Making my designs commercially viable. It's about what the customer wants without compromising myself. It's hard to explain but I know when I get there, and hopefully they like it too."

With an ever expanding fanbase it's a safe bet to say her customers definitely like it.

So here’s the million dollar question: Where does Orchant see herself in the future?

“I’d love to be a mega brand,” Orchant’s eyes light up. “But I’d still want to stay true to the prints, maybe more womenswear and menswear accessories, be on more catwalks. I’d love to be able to travel to India or Mexico, just travel really.”

So whilst jet setting might be on the cards for the 26-year-old designer, her feet are most firmly planted in Manchester. Well, Hale to be exact.