Is the diet dead? 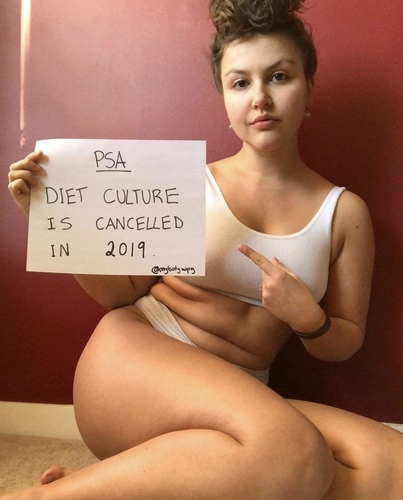 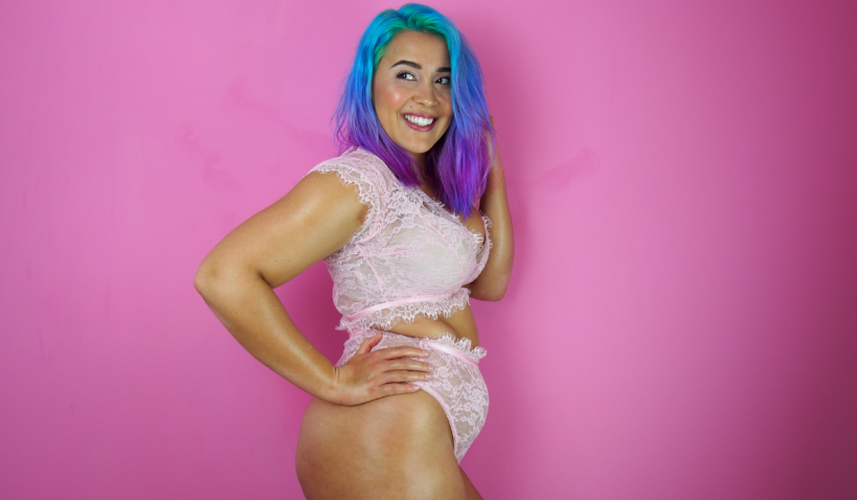 As I type, the Kardashians and a whole host of other celebrities in crop tops have posted a ‘flat tummy tea’ sponsored advert to Instagram - bang on time for the impressionable 'New Year, new me crowd'. Kim writes: ‘…these meal replacements shakes are so good and they’re helping me getting my tummy back to flat.' I’m inclined to not believe her.

Can someone please alert Jameela Jamil? It was the actress and activist who first blasted celebrity shake ambassadors, who fail to mention that these laxative drinks will seldom make you lose weight, but, instead, you’ll most likely shit yourself.

The health implications of these drinks are sketchy at best, but, also these detox teas and other fad diets feel incredibly out-dated.

Our collective insecurities, body dysmorphia and need for comparison are a ‘health’ marketer’s biggest cash cow

Restrictive, painfully limited fads – full of fake promises and quick, unsustainable fixes - feel like relics of the glossy magazine era. When our favourite ‘zines would tell us to love ourselves while simultaneously telling us to stylishly starve.

And we tried them all. Didn’t we?

Remember the cabbage soup diet, the Atkins, the caveman diet, juice cleanse, macrobiotic (whatever that meant), the baby food diet and that time Beyoncé made us drink maple syrup for two weeks?

Chances are, if you tried them, they were hard to sustain. You were never supposed to. Truthfully, 95% of fad diets don’t work and 95% of people regain the weight they lose.*

Yet, for the longest time, we’ve been in the midst of a diet epidemic. According to Time magazine the diet industry is worth 66 billion dollars. Our collective insecurities, body dysmorphia and need for comparison are a ‘health’ marketer’s biggest cash cow. After years of being told that we need to improve on our bodies, many women especially, are still suffering from PTSD.

But things are improving (I write tentatively).

All bodies are welcome. Finally.

New stats unveiled by LighterLife Fast revealed that only 29% of Brits will say they are on a diet, with the other 71% preferring to refer to it as a 'health kick', 'healthy eating regime', 'clean eating regime' or 'mindful eating'.  When it comes to a diet, 3-in-4 Brits admit they feel depressed or stressed just from hearing the word, with 75% also admitting they feel embarrassed sharing that they are on one.

Clearly, guilt-ridden dieting is out and balanced eating is in. This can only be a good thing. But what’s changed?

It was after ‘strong is the new skinny’ became the adage of 2014 and #bodypositive became an ever-popular social media hashtag, that our attitudes to fad diets began to change online. Fitness influencers embraced ‘clean eating’ and more women began weight lifting, bums got bigger and it was okay, Ella became Delicious, Joe Wicks took his top off and we all bought his anti-diet cookbook.

And here we are in 2019, right slap bang in the middle of a body confidence revolution. Food isn’t as squeaky clean as it once was. ‘Fat’ is now a reclaimed word by women who have always felt the most targeted by society’s diet obsession. Women bigger than a size 16 began receiving the fashion spotlight they were long overdue. Big breasts, small breasts, saggy breasts, cellulite, stretch marks, thigh gap, thighs touching, tall, short, all races, disabilities are more readily seen in the media.

All bodies are welcome. Finally.

There is a huge difference between living a healthy lifestyle and following diet culture.

This can only have a positive effect on society's self image and be contributing to the demise of the fad diet industry.

Author and influencer Megan Jayne Crabbe, known as 'Body Posi Panda', is at the centre of this change – at least online. Formerly suffering with anorexia, Crabbe’s one of many women posting ‘reverse transformations’ - photos of their weight gain and an explanation as to why they are much happier. She believes ‘diet culture is a poison.’

“There is a huge difference between living a healthy lifestyle and following diet culture. Pursuing health is about balance, it's about a nutritious and varied diet and being more physically active for the benefits of feeling better," Crabbe writes on her blog. ‘It is not painfully restrictive and it's not based around a goal weight or fitting into a certain size by a certain date. Healthy lifestyles are great, if that's what floats your boat.’

Agreed. The health industry has not been completely disregarded just yet. Our attentions have shifted to veganism, environmentally conscious consumption and ‘clean eating’ has become a buzzword for a balanced diet. Major diet brand Slimming World, still has legions of fans all over the world, though many credit it as a sustainable, long-term meal solution than a quick fix.

The motive for any diet should always be improved health. But that’s not realistic. Body image and food is still a global fixation - fad diets may be passé but the self-improvement business is still cashing in on body insecurities (a lot of which is spurred on by social media and its myriad of influencers). People will always have a variety of expectations for their body and appearance. If you are choosing to lose weight or detox – especially during the January season – make sure you choose a lifestyle rather than a fad, eradicate guilt, be less critical on yourself, be kinder to your body and let’s bury extreme dieting once and for all.