Scrolling through Instagram, I’m inundated with beautiful imagery. The visually lead social media platform is well known for its aesthetics. And whilst I’m pretty confident in my own appearance, being exposed daily to a feed of toned abs, stunning makeup tutorials and snaps of exotic climes leaves me pining… I wish I was more like that.

I’m sure I’m not the first to admit that social media triggers the green-eyed monster in me. But the perfectly filtered snapshots of life are recognised for triggering more than just a little envy. Feelings of loneliness, a reduced attention span and poor sleeping patterns have all been associated with too much social media screen time.

Instagram is also linked to subsequent increases in paranoia, and reductions in self-esteem and mood.

And it’s not just those who passively consume posts that are at risk. Opening up on social media has been associated with lower self-esteem, mood, paranoia and comparing yourself to others, according to a new study.

Dr Natalie Berry, a psychology researcher at The University of Manchester, says venting our anger on Twitter, Facebook or Instagram is also linked to subsequent increases in paranoia, and reductions in self-esteem and mood.

“This study pinpoints the specific behaviours that might determine whether or not social media use leads to a positive or negative outcome and shows that social media can be helpful but it can also be damaging depending on what you use it for,” explains Dr Berry.

Funded by the Medical Research Council, the study is the first of its kind to examine how specific behaviours within social media impact on mental wellbeing. Increases in paranoia after viewing profiles of ‘non-friends’ on social media were also reported.

Forty-four participants were assessed for the study, with each receiving six alerts a day for six days, resulting in a total of 1084 completed assessments.

Participants received texts that asked them to complete questions on what they did on social media as well as their mood, self-esteem, paranoia, and feelings about themselves in comparison with other people.

... there are still ways to use social media to benefit mental health. 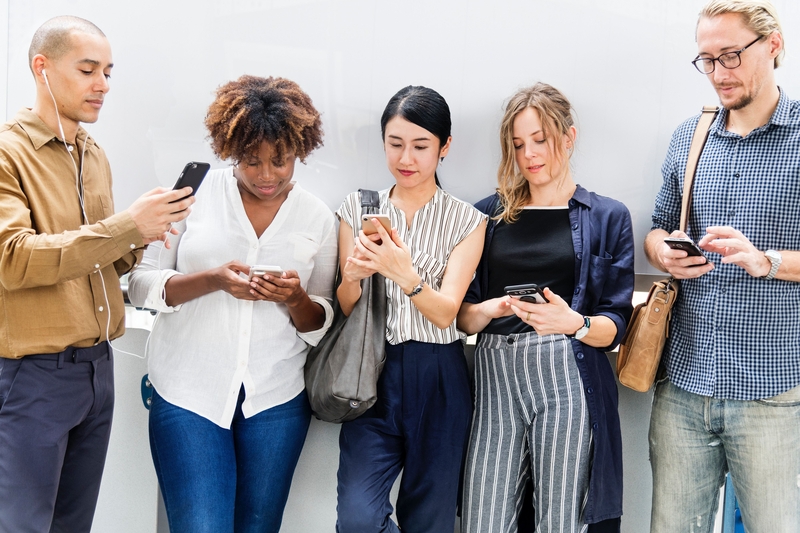 Whilst the results show a worrying threat to happiness levels, Berry believes there are still ways to use social media to benefit mental health.

“One way to address the potential negative impact of social media use is for mental health professionals to be routinely asking about how their clients use social media in a clinical context.”

Whilst the study resulted in some negative findings, Dr Berry acknowledges that there are benefits to gain from social media use. Posting about daily activities was associated with subsequent improvements in mood and self-esteem, whilst direct communication such as retweeting and liking posts has no impact on mood, self-esteem or paranoia.