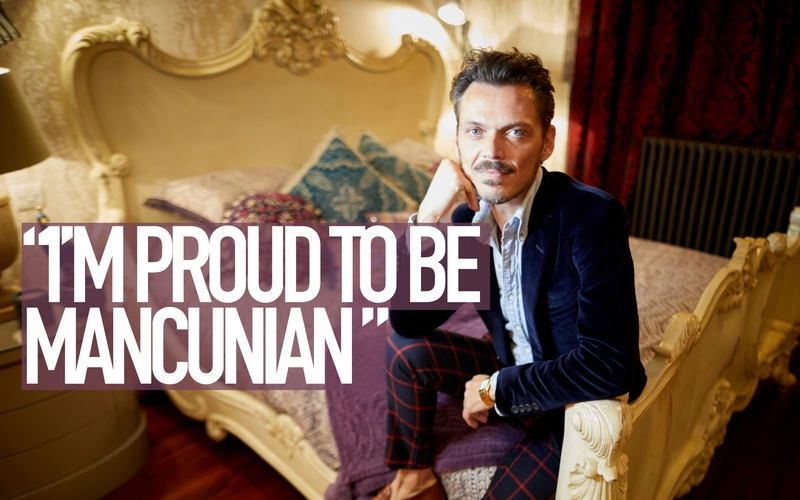 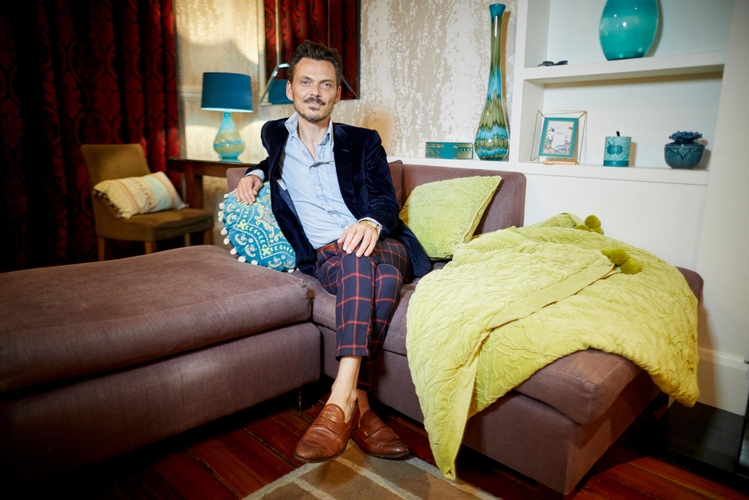 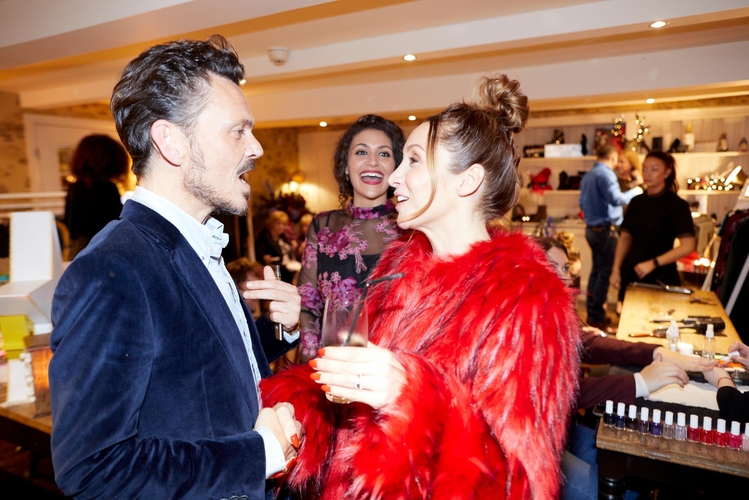 Matthew Williamson is sat waiting coolly on a chaise lounge at the Great John Street hotel when we walk in. We're meeting in his hotel room, though it’s more of a ‘boudoir’ with colourful pops of baroque prints, a large carved wooden bed topped with a bohemian medley of printed cushions. It’s an appropriate scene for the acclaimed print designer, who admits he’s doing ‘more interior work, than fashion’ these days.

I’ve come armed with fun conversational points to help us ‘bond’. We both celebrated our birthday earlier in the week (“Did you know Jade Jagger and Cat Deeley share our birthday too? We’re in great company,” he smiles) and we both studied at a college in Moss Side (“We’ve not done too badly, ay?”). Maybe I imagine it, but I could swear his faint Mancunian accent becomes more pronounced as we chat.

Today is a brief homecoming for Chorlton-raised Williamson, having left the city to study at the prestigious Central Saint Martins more than two decades ago. It’s been a colourful, glamorous journey (one which heavily features Kate Moss) and much has changed from days spent making his own clothes from items sourced at Afflecks Palace. He is now, undoubtedly, one of Britain’s most celebrated fashion talents.

He's back in the city on business with Debenhams, a department store he's collaborated with for a number of years. As one of the first fashion designers to help bridge the gap between high fashion and high street, I wonder if growing up in a city with strong textile roots had influenced Williamson's style and career choices.

I’ve always championed this idea of wearing both mid-range and high-range – I think it’s exciting.

Great to have you back in the city. Did living in Manchester help shape you as a designer?

M:  “I think so. I studied here until I was eighteen. It put me in a good place. I think I was able to focus on the arts, textiles and begin my passion here. It was a good stepping stone to London and Central Saint Martins.

“I’m very proud of being from here. I’m proud of being Mancunian. There’s a definite difference, even on the train up here the servers were so Mancunian. He said, “Ay up, do you want a coffee?” I hadn’t heard the accent for a few months and it was such a friendly lilt. There’s definitely a sense here of a very kind, welcoming, friendly atmosphere. I love coming back here.”

Wouldn’t you rather be the woman who walks into the room, into a sea of black, wearing a pink dress?

You’ve collaborated with Debenhams for a number of years – how important is it for fashion to be affordable and accessible?

M: “I’ve been doing it for a long time now. It’s been more than fifteen years – an enduring relationship. There doesn’t need to be a high price for their to be a good range. It’s never been a strange marriage between high street and designer for me. I did a collaboration with H&M quite a while ago, so I’ve always championed this idea of wearing both mid-range and high-range – I think it’s exciting.”

You’re celebrated for your work with colour and print – any advice for those who fear wearing colour?

M: “I’m not the best advice-giver but I’ll give it a go. There’s obviously a place for black – it’s professional, it’s a go-to option, I think it makes people feel professional, authoritative and perhaps it makes you feel slimmer. It ticks many boxes.

"But wouldn’t you rather be the woman who walks into the room, into a sea of black, wearing a pink dress? I would want to be that person. It depends on your confidence level, the mood you’re in on that day – sometimes you want to stand out, other times you don’t. You have to go with your instincts.”

I’m not a minimalist, I’m a maximalist.

Who epitomises the Matthew Williamson style? Is there any celebrities who you love to dress?

M: "It would have to be my good friend Sienna. It’s such a predictable answer but it’s true. She embodies what I’m about head-to-toe. Also because I know her, there’s another layer. I’m not just putting a dress on an anonymous actress. She’s a kindred spirit and there’s a synergy between what we both like."

Your prints and designs are often inspired by travel. What’s currently inspiring your work?

M: “I’m doing a lot of interior work, more so than fashion these days. I’m not a minimalist, I’m a maximalist. Inspiration can come from a walk outside, a trip to Bali and everywhere in between, so it’s easy to find something. It’s not always a conscious thing. It’s very fluid where I get my inspiration. It’s never the same thing.”

What about your own home, should a home reflect your personality?

M: "Much like clothing it's an extension of who you are because it's where you spend most of your time. I feel better in spaces filled with things I love and the decisions and choices I’ve made. Create different atmospheres in different rooms, I’m constantly changing things around. It’s a hobby more than anything really."

So where in your home do you feel happiest?

M: “I have a nice bedroom. It’s my favourite space. It has good bones. Tall ceilings, good windows, good light. I’m lucky that I have a good basis to build on. It’s quite a calm colour."

Find and shop Matthew Williamson's designs on his website and at Debenhams.