'Ghosting', 'ugly trainers' and other trends to leave in 2018 Ahead of the New Year, L'Oréal Blackett looks forward to pastures new (and new trainers)

Curious trends have a way of creeping up on us, burrowing their way into society and becoming the norm. Take the 80s, for example. One daring fashion maverick decided to rock a mullet and the next thing you know, everyone's Dad has the same awful hairstyle. And then there's the more insidious societal trends that can be a cause for concern.

2018 has been a mix bag, in that respect. It's been a time for liberated voices, widespread change, women's liberation, LGBTQ+ rights and the proliferation of social media (good and bad), and yet politics got grimmer, Trump got louder and Theresa May started dancing in public. Plus, everyone bought a Google Alexa.

For a brighter 2019, I've listed a few of the year's most popular trends I personally think should be boxed up and left on the doorstep on New Years Eve.

"I hope all these celebrities all sh*t their pants in public, the way the poor women who buy this nonsense upon their recommendation do," unleashed Jameela Jamil on Instagram this December. The actress and burgeoning feminist activist recently waged war on ‘detox tea’ companies and the celebrities that support them. Major household names, such as Kardashians and rapper Cardi B, have been recruited by brands such as Flat Tummy Tea to promote weight loss via detoxing. Turns out, these teas will make you crap like a horse in an open field. Where’s advertising standards when you need them?

Socks with sandals, shoulder pads, fanny packs, bootcut jeans and now cycling shorts, fashion often likes to give old faux pas a new lease of life. In 2018 some of us dusted off our old P.E shorts and wore them as trousers – even with the camel toe risk. Inspired by Kanye West's brand Yeezy (figures) every other populist fashion label adopted the craze too, sparking widespread upper thigh exposure. Fine, each to their own. But we can't help but think, if we're not competing in the Tour De France should we really be wearing these outside?

These days, the average Joe Blogs is now a Joe-with-a-blog. And who can blame them? As most know, social media is now a multi-million dollar business and our favourite bloggers, or rather ‘personal brands’, have become vehicles for major companies to promote and sell their products. Just ask Zoella. 2018 is without doubt the era of the influencer (with the most influential earning millions for one Instagram post). But signs say the industry could soon reach a tipping point. Instagram especially has lost its cool candidness and browsers feel conned, or suspicious by the mass of sponsored content. After all, real life isn’t full of product placements. In the coming year, can we ensure original, inspirational and meaningful content takes just as must precedence as those with a #AD sign-off?

Between the well-meaning hashtags  (#saggyboobsmatter, #Iweigh..) and slogan t-shirts, body positivity, feminism and the gender recognition movement has become mainstream. Once alienated and marginalised bodies have finally gained acknowledgement from some of the industry's most prominent fashion brands (well, not Victoria's Secret), plus ALL women’s rights have become centre of public discourse. In 2018, it’s fashionable to be inclusive. We’re all ‘woke’. This is all good news.

Yet, as more brands begin to wise up to the commercial viability of diversity, #bodypositive campaigns are starting to lack sincerity. Take Topshop, for example; it emblazoned ‘feminist’ slogans across its t-shirts and positioned itself as a 'girl power' brand. However, the store quickly dismantled a pop up promoting a book Feminists Don't Wear Pink, prompting people to call the store hypocritical. Inclusivity and social consciousness are at risk of becoming a fleeting fashion trend. Next year, can we stop applauding brands for doing what they should have been doing anyway? What ever happened to bidding your former lover a polite adieu via text? Online dating has made it far easier for people to connect with potential partners AND disconnect just as easily. ‘Ghosting' was coined to describe ignoring a person you’ve been dating or casually talking to in a bid they get the hint. It’s the lazy and, admittedly, far less confrontational way to end it with someone (we’ve all done it). Though, in 2019, instead of ghosting maybe we should opt for a more final exit. Try an old favourite like 'it's not me, it's you'.

They say you shouldn’t believe everything you see on the Internet, and there’s more than enough reason to believe them. With a few clicks of a button, you can blur out your pores, add a thigh gap, round your bum, slim your waist… next thing you know everyone on the internet believes you're Gigi Hadid. The cat-fishing possibilities are endless with the help of filtering apps such as Facetune and Photoshop. Though we’ve mentioned the rise of the body positivity movement, there’s also been a rise of a literal impossible beauty standard. Both the Kardashians and regular beauty influencers have been accused of selling 'perfection' as a reality this year. Some say they should be held responsible for misleading their audience, others believe it's contributing to widespread low self-esteem. In 2019, can we strengthen the line between real and fake?

Buying cheap clothes for the sake of it

I know, I know. 'You’re not made of money'. Neither are we. 'If we could afford designer we’d buy designer'. Understood. Yet, fast-fashion is a major problem. Our collective spending habits are a problem. There’s no real way to sugar coat it. The fashion industry is contributing to major environmental harm; it’s the second largest polluter of clean water, billions of discarded clothes end up in landfills each year and fast-fashion workers are often criminally underpaid. It’s enough to put you off your £5 crop top (that you’ll likely wear once).  Sustainable and more ethically minded shopping is the smarter and more morally sound way to shop. It also helps you dress better too (think Scandinavian and Tokyo cool). ‘Buy less, wear more’ should be the mantra for 2019.

Talking about Brexit on nights out

Since the 2016 referendum, the British public have been left in a sorry state of leave, remain and confused. Though it’s hard to ignore Britain’s crumbling status in the EU, can we not talk about it on a night out? As the beers flow, the next thing you know you’re battling with your best mate about Theresa May’s competency and complaining about the inflating price of Freddos. It’s a downer. It’s all bloody mind-boggling. But it’s happening whether we like it or not. For one night, can we just put our beer blinkers on and party? Just me?

They look like the trainers your dad wears to mow the grass.

They look like the Clarks we wore to school in 1992.

The Balenciaga 'Triple S' trainers were one of the popular and most fashionable shoe trends of 2018. Seen on some the most influential women in fashion, the trainer spurred other brands to follow the 'ugly trainer' trend, from Louis Vuitton to the FILA. Like many fashion trends, we've convinced ourselves that this is the epitome of cool (once again, someone let mullets happen in the 1980s). In 2019, we may look back on these trainers and cringe.

‘Blackfishing’ and other weird digital trends

This is a weird one. Cultural appropriation and blackface combine to create one of weirdest digital phenomenon in modern times. Instagram models were brought under the spotlight after they were accused of ‘blackfishing’, adopting the appearance of black and mixed raced women for likes and social media fame. This has baffled many. But, it is a problem. For a long time, black women’s hair, skintone and unique physical image was not considered a conventional standard of beauty. Now, as it begins to be accepted, some young women are attempting to commodify it for their own advantage. It's also another example of how social media is warping young women's perception of themselves and what's considered beautiful. Also, it's just really really weird. 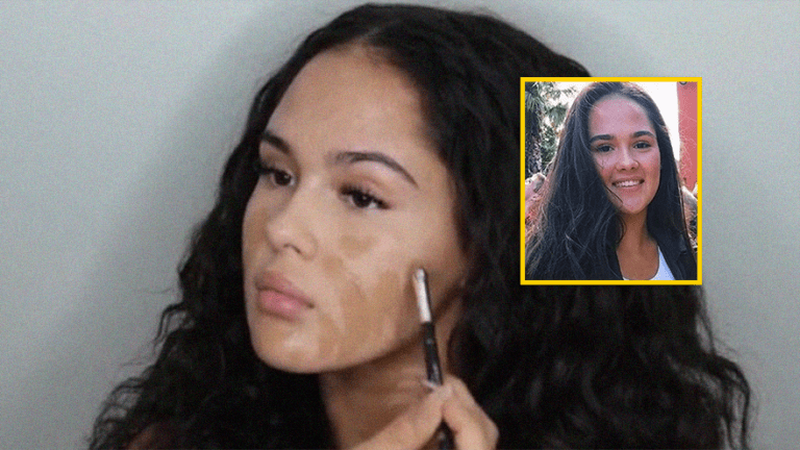 "Kiki, do you love me? Are you riding..." and other viral dance crazes

Please Drake, we love you but stop with ear worms. From Hotline Bling to 2018's In My Feelings (which came with a viral dance craze), Drake has a unique gift of creating extremely catchy and incessantly played hit songs. Sometimes when it's quiet, my brain decides to run through Drake's whole discography until I fall asleep. This year the #InMyFeelingsChallenge (with close to 800,000 posts on Instagram), saw Will Smith illegally climb and perform on top of a bridge, while teenagers began jumping out of their moving cars. Some things are just not worth doing for the 'gram.

The internet is now a world of two extremes: the so-called 'snowflakes' and those who have absolutely no discernible taste and decency filter. The offended verses the offensive (who complain about the offended). We're talking shit-talking, callous Katie Hopkins to the right, and ever-so saintly Emma Watson to the far left. We're all treading on eggshells or stamping on them with both feet. Everyone's shouting, sensitive, angry, highly strung, right, wrong, woke and asleep. I'm really exhausted. What's happened to the measured, balanced in between? You know, people who are rightly offended by racism, homophobia, ableism, sexism and more, without being called sensitive and can take a joke?