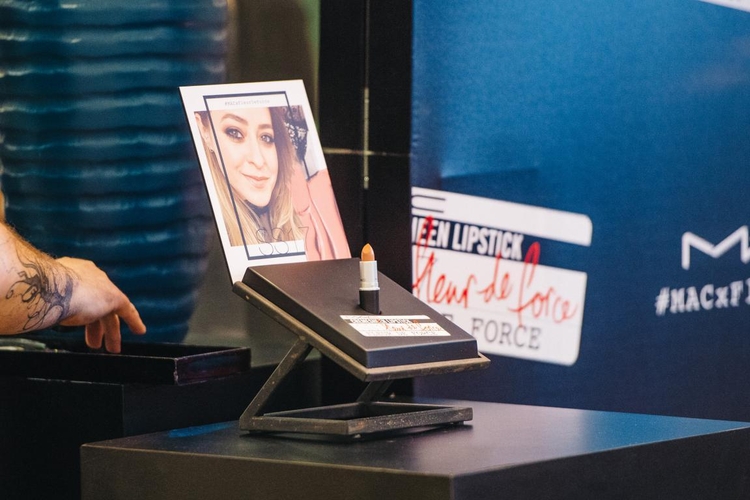 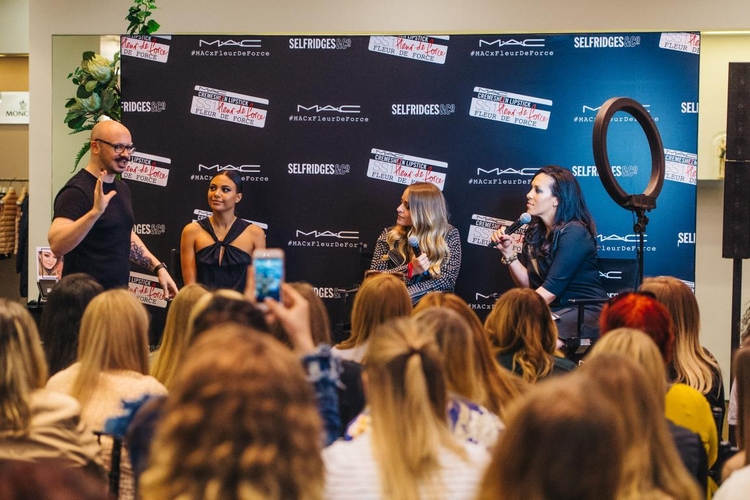 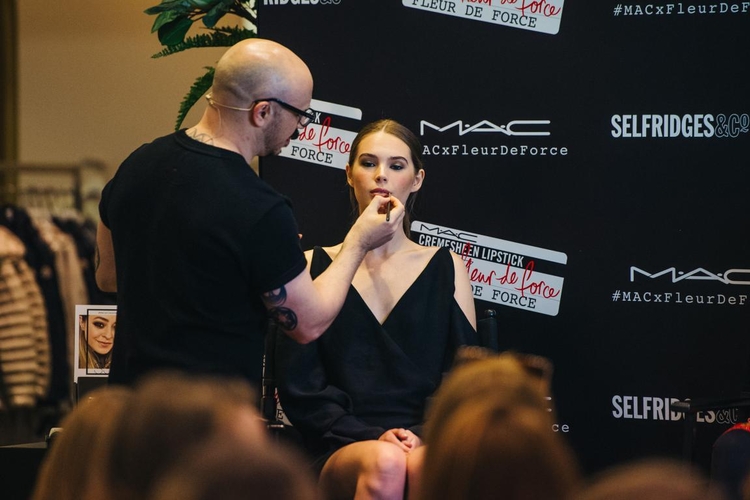 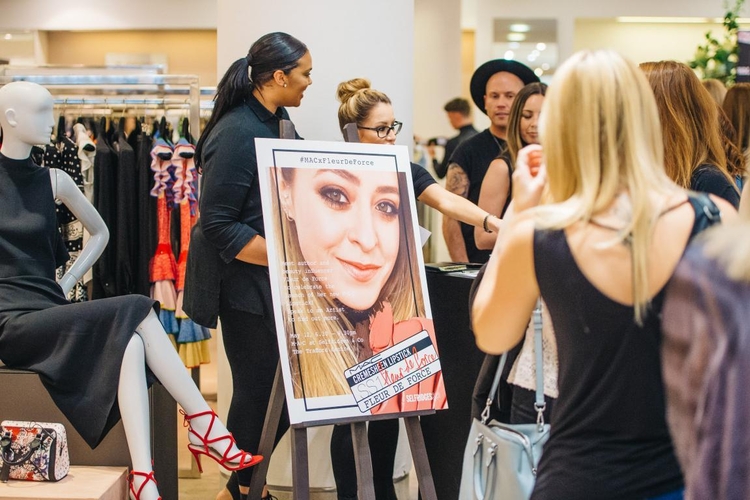 How does a beauty blogger come to collaborate with one of the biggest makeup brands in the world? Let’s give you the all-important numbers first: 4 to 6 million Youtube views per month, 1.8 million subscribers and 791,000 Instagram fans. In the world of social media influencers, they don't come much bigger than vlogger Fleur De Force (she even has a book, The Luxe Life, to prove it).

Earlier this May, Fleur (real name Fleur Bell) launched a limited edition lipstick with MAC cosmetics. It sold out online within 12 hours. For the twenty-something who started her successful career from her bedroom in 2009, this collaboration is a dream realised.

We meet at her press launch at Selfridges Trafford Centre, where I hear the sought-after lipstick is in very limited supply. A hoard of eager women of all ages - not exactly 'fans' but instead avid subscribers - queue up to hear her speak.

The vlogger/blogger phenomenon has catapulted such Youtubers to celebrity status, and now, instead of the usual digitally enhanced celeb/supermodel endorsement, it is Fleur that has become the face of a more attainable beauty.

Backstage, I spoke to Fleur (and her agent – helping certify her ‘big time’ status) before she spoke to her adoring subscribers.

I started in 2009 when Youtube was very new. Nobody did Youtube full time, I didn’t know it could be a job...

To have your own MAC lipstick is a huge deal - how do you feel?

Fleur: "Obviously, I'm really excited. I'm a little bit in disbelief because it’s one of the brands I’ve loved for so many years. In terms of Youtube, MAC was the brand that really got me into makeup and the brand I was most obsessed with early on. So, it’s the best possible brand I could collaborate with, especially for lipstick, because lip products are my favourite MAC products too.'

You designed a nude coloured, cream sheen lipstick. How easy was it to pick a shade?

F: "I knew what I wanted to go for, but making the colour was much harder than I imagined. In the lab, I was quite stressed out because we only had a couple of hours and I tweaked it so many times. I took longer than everyone else. I was so worried it wouldn’t be quite right. I knew I wanted something neutral – not a nude-nude, but a more versatile nude for different skin tones. The lipstick I chose is something that you could wear every day, you can dress it up and dress it down. I toyed with the idea of a dark pink, berry shade but there are lots of people who don’t wear bright lips - loads wear neutral colours."

The lipstick sold out in twelve hours when it was first released. Did you expect it to be so popular?

F: "I didn’t expect it to sell as quickly as it did. After the initial reaction, when I announced it in January, I was blown away by how amazingly well it was received and all the people commenting on Instagram. I had hoped it would go well but it sold much faster than I thought it would. "

You also have an eyelash range with Eyelure. Had you always planned on launching your own products when you started blogging and Youtube?

F: "No way. It wasn’t something that was done when I first started. I started in 2009 when blogging was being established, but Youtube was very new. Nobody did Youtube full time, I didn’t know it could be a job let alone lead to collaborations with MAC. I never imagined I could do this. I think the last four years have been different because you can tell the industry is getting bigger and more stuff like this is starting to happen, so I had hoped to do something awesome like this more recently. At the beginning absolutely not."

Your fanbase is huge, particularly on your Youtube channel. What’s your most popular video?

F: "Most popular in terms of views has to be the one I did with Kendall Jenner for obvious reasons. But my favourite videos to film are style videos. They take a lot more effort to film but I enjoy them. My style videos aren’t as popular as my beauty videos but I still enjoy making them. You’ve got to do what you enjoy. I love haul videos (waxing lyrical about a recent shopping splurge) too as I love to chat and they’re the most natural. It’s like sitting down to chat with your mum or your sister and showing them what you’ve bought."

Makeup has become very complicated lately... what’s your advice for a makeup novice?

F: "(Laughs) Don’t go into MAC and buy the brightest blue eyeshadow that they do – that’s what I did and I never wore it. Now there’s so much information out there that wasn’t around before and not just on my channel. Before, we got all our makeup tips from fashion magazines where it was a little less relatable. Youtube is such an amazing place to start. Say you’re looking for the best foundation for oily skin, you can easily find out. Do your research, start with basics and don’t go in with the crazy colours first. You’ll need to learn the basic skills. Get your blending skills down before you go wild with blue eyeshadow."

If you had to choose between bad eyebrows or bad foundation which would you pick?

F: "Tough question, I’d go for the bad eyebrows because you can build around them. Yes, bad eyebrows is much better than bad foundation because foundation is the first thing you notice."

And if you had to choose between contouring or highlighting – which would you give up?

F: "I’d give up the highlighter probably... actually, I don’t know, maybe the other way round. They go hand-in-hand. Maybe I’d give up contouring. I like a bit of dewy."

Agreed. So, what's next for Fleur De Force?

F: "I don’t know. Over the past couple of years I’ve written two books, I’ve got my eyelash range and now this collaboration with MAC. It’s the cherry on top of the past two years. I’m not working on anything specific at the moment but I’ll be thinking about the next thing over the summer."