Whether you’re spurning modern dating or oozing in smug couple satisfaction, there’s one way V-day caters to all – it’s a great excuse for a night out. So, with less than a week to go before the most romantic time of the year hits full heat, we’ve decided to put two makeup brands to the test to create a wow-worthy Valentine’s look.

The brief: a night-out look that’s guaranteed to wow, whatever your relationship status

Tori: "Loved by my friends and endlessly endorsed by celebrities, I couldn’t wait to try Charlotte Tilbury makeup. The £35 makeover invites customers to become ‘Tilburised’, indoctrinated into the world of Charlotte Tilbury in just 45 minutes. I was more than willing.

"At the concession in Selfridges, everything screams plush – from the rose gold vintage mirrors to the blingy lights and swipes of rich marsala purple. It all felt very fancy, though more Instagram-kind of fancy than sophisticated luxury. Upon arrival, a warm welcome from my MUA gave me an unexpected friendly introduction to the sought-after brand, before I was invited to pick from ten pre-designed make-up looks; 'The Sophisticate', the 'Bombshell', the 'Glamour Muse' – each more beautiful than the next. I was instantly drawn to the 'Dolce Vita' - a reddy-brown, winged smoky eye, nude lip and enviable contouring. And so, the transformation began.

To say that the Charlotte Tilbury makeover is not your average night-out look is an understatement.

"After removing my makeup, my MUA commenced an elaborate skincare ritual. A moisturizer promising baby soft skin, a magic eye cream, a youth-regenerating primer – though the products were laden with buzzwords, the results were undeniable, my skin looked fantastic, and we hadn’t even started on the makeup yet.

"To say that the Charlotte Tilbury makeover is not your average night-out look is an understatement. There were setting powders, blush powders, powders used to contour, powders used to bronze. My face was smoothed, shaped and styled in ways I didn’t even know were possible. With my MUA carefully explaining each and every stage, I watched hungrily in the boudoir mirror, soaking up every nugget of makeup expertise.

When a photograph of my makeup transformation was revealed, I felt giddy 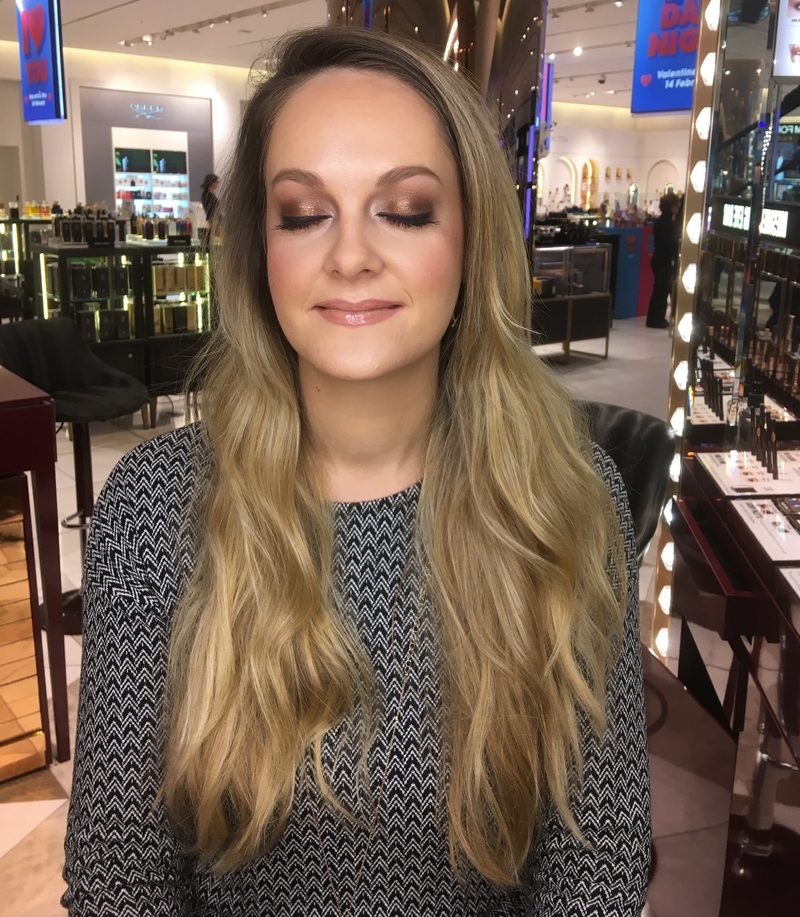 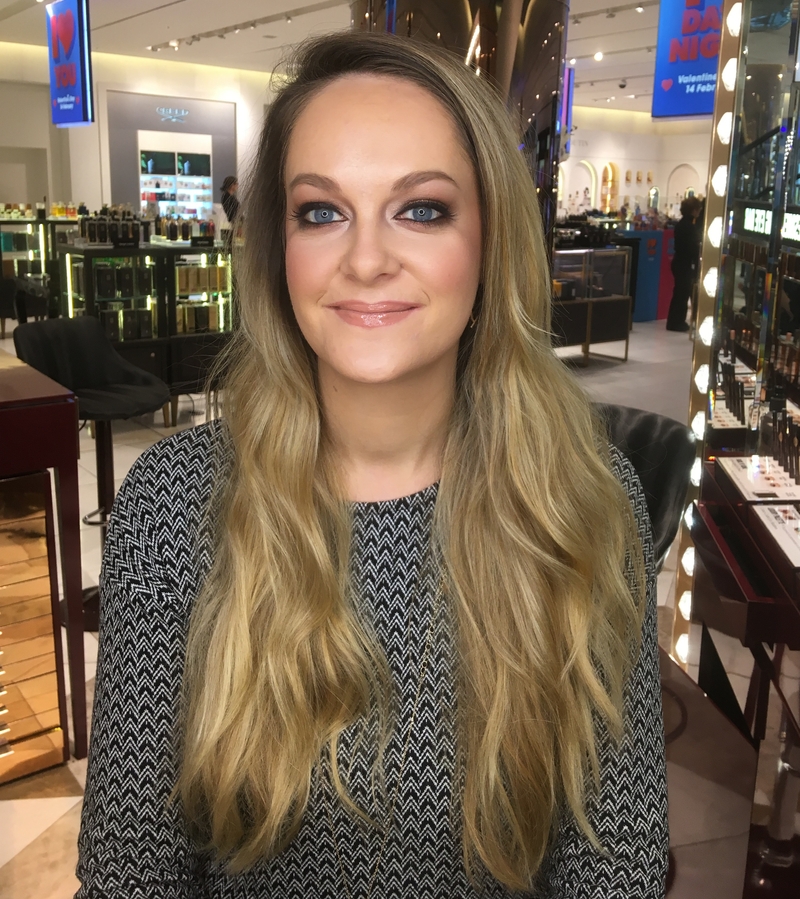 "When a photograph of my makeup transformation was revealed, I felt giddy. Yes, my MUA had carefully positioned me in front of a blazing ring light for maximum effect, and yes, I was wearing possibly every Charlotte Tilbury product on offer, but my face looked flawless, like I’d walked straight off a magazine cover. The sultry eyes, the glowing skin, the luscious lips – all had been lifted from the Dolce Vita look. Even my lips looked fuller. “How did you do that?” I asked her, bedazzled. “It’s called cheating,” she winked at me, before explaining that she overdrew my lipliner to make my lips look bigger. Charlotte Tilbury’s makeup was exactly what it said on the packet – ‘magic’. Still, a price list on the boudoir table kept me in a reality check – to recreate the Dolce Vita look at home, I'll need to spend a minimum £165. Yikes. So, I quickly left before I could do my bank balance any more damage." 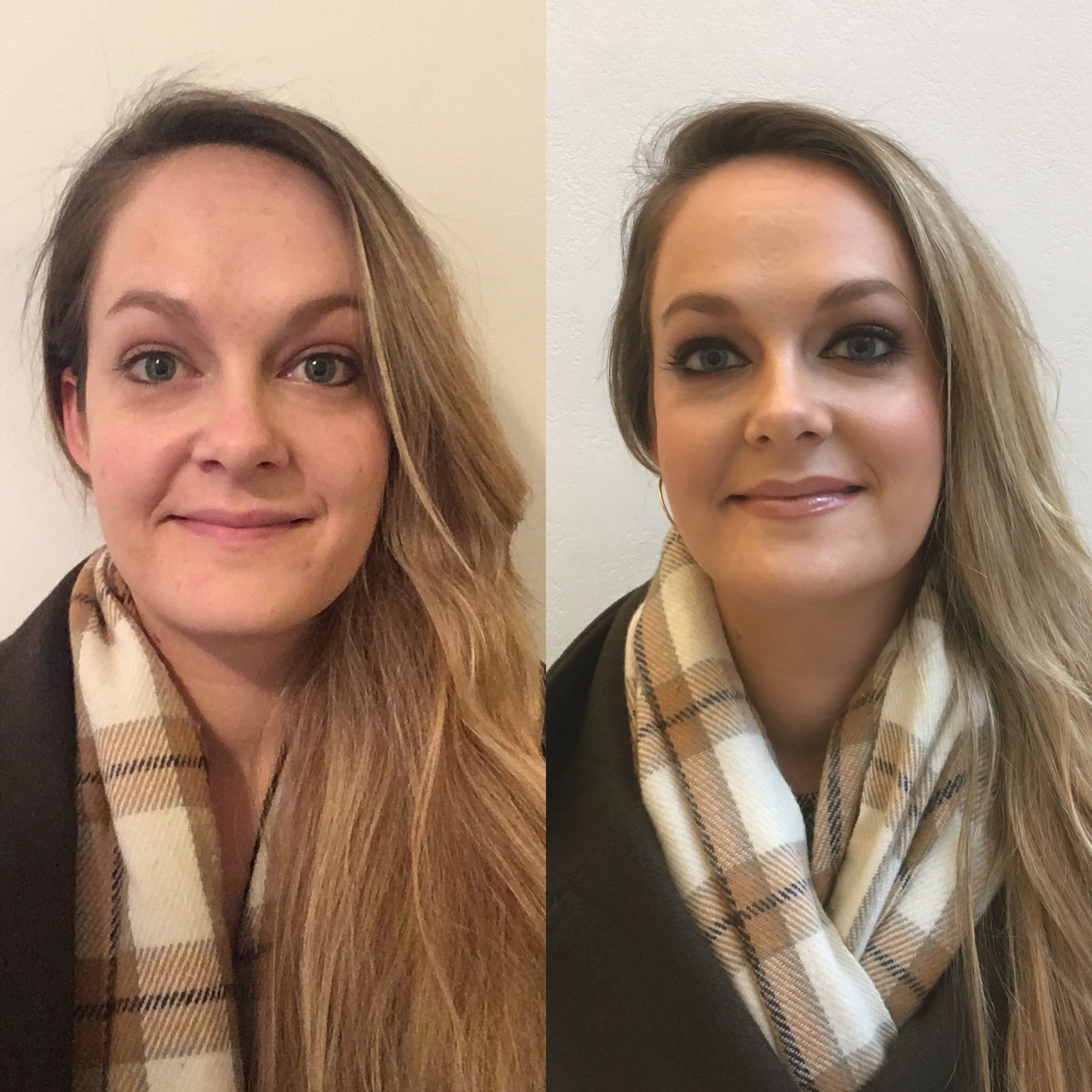 "In 45 minutes I had been completely converted, eager to join the Charlotte Tilbury clan. The pre-designed make-up looks made it effortless to elevate my makeup from the everyday to the exceptional, and saved any faffing over deciding on what to get done. But the set looks didn’t mean that customisation was given a miss – my MUA tweaked the lips and blusher shade to match my skin tone.

If you’ve never tried Charlotte Tilbury before than the makeover is a must. The £35 fee can be redeemed against product, and though the price points are a little higher than most high street makeup brands, in my opinion it’s worth it.

Olivia: "I was a bit unsure about getting my makeup done by someone else as I'm very particular with my beauty routine. But, as a girl who’s been using the same foundation since she was thirteen, I figured it might be time to try something new.

"For £30, Bobbi Brown’s ‘Party Ready’ session will revamp you for your night out in just 45 minutes. The makeover fee is redeemable against product, so, if you’re buying Bobbi Brown anyway, you essentially get the makeover for free.

"As a Bobbi Brown virgin, I was instantly impressed with the setup. The Selfridges’ concession is bright and the simple black and white fixtures are minimalist, creating an authentic makeup studio feel. A large screen at the back of the store played videos of relatable-looking women modelling barely-there makeup, offering an on-brand backdrop to the Bobbi Brown experience. However, the makeover set-up in Bobbi Brown was different to what I’d expected; instead of individual dressing tables, the makeovers take place at a single table. Each setting at the table has an overhead lamp and a little handheld mirror, giving an almost DIY workshop feel to the session – something that is reflected in Bobbi Brown’s offering of free, short makeup tutorials covering everything from creating the perfect lips to how to get ready in five minutes.

I was hoping for more direction from the MUA

"Though my initial encounter with the Bobbi Brown team was a little frosty, my makeup artist instantly put me at ease. She was warm, enthusiastic and offered just the right amount of compliments, which I lapped up to sooth my discomfort at sitting bare-faced in the middle of a department store surrounded by flawless staff. My MUA chattily talked me through the products she was using, starting with skincare before applying my foundation. I was asked what I’d like for my eyes, lips and the best colours to use, which left me a little stumped – as someone who is a bit clueless about makeup, I was hoping for more direction from the MUA. I opted for a smoky eye – my go-to eye makeup and the only night-out look I can name – and a berry lip.

"Half way through my makeover, my MUA explained that there had been a mix-up with the bookings and that someone else would need to takeover. She was extremely apologetic and fully explained what she’d done so far to the new MUA, but sadly the pressure of the extra work load made the end of the makeover feel rushed. There was little interaction from my new MUA, aside from when she spoke to other artists across the table - which was a shame as without the rapport and friendliness of the first makeup artist, the session felt awkward and intrusive, tarnishing what would have originally been a fun, girly experience." 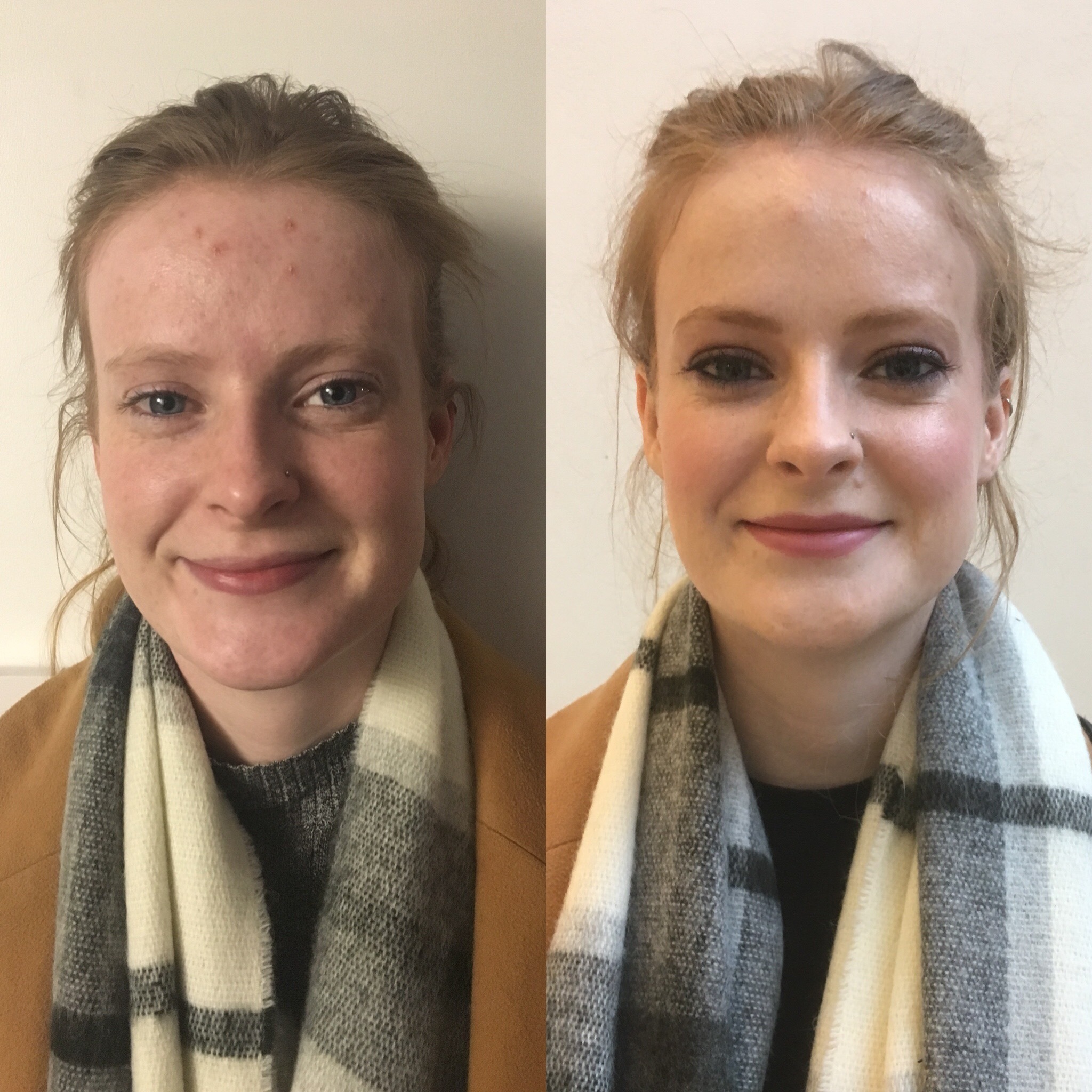 Overall, the look I received was nice - I love the eyes and the lipstick. However, the foundation – which is the brand’s full coverage with a matte finish – didn’t really cover my spots and left my skin feeling frustratingly sticky. It wasn’t the coverage I’d hoped for. If you’re like me and you’re used to slapping it on for a night out, then Bobbi Brown might not be the best choice. But if you’re after a more natural look, then it’s great.

A side note to the vain: the handheld mirrors are a little awkward to keep checking. There’s also a lack of pricelists at the makeover station, meaning its more than easy to splurge.

Bobbi Brown’s tailored approach is great for building a custom makeup look, just make sure you do your research before you go and perhaps bring pictures to recreate the perfect look.