“Being blonde is not cheap” - Kim Kardashian's hairstylist on Hollywood transformations 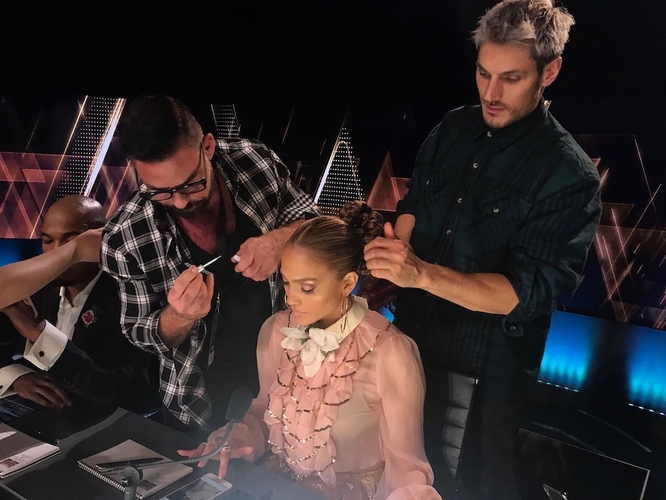 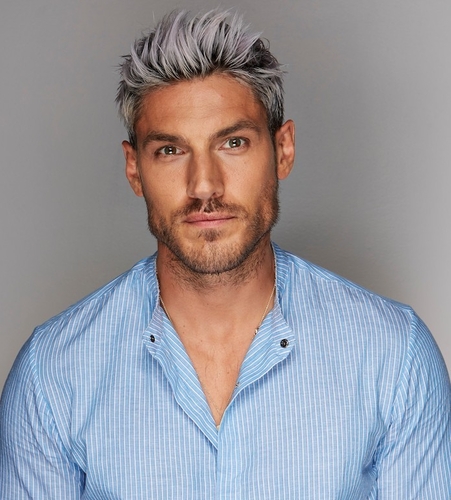 “It could change the texture of your hair and would do a lot of damage,” he says without hesitation, swiftly killing my dreams of a platinum blonde Afro a la Beyoncé in Goldmember.

‘But, can’t anyone go blonde?’ I plead, eyeing Appleton’s own ice white ‘do.

“Not everyone,” he thinks.  “It’s a fun colour to do but it’s pushing your hair to the limit. After your hair goes platinum or white it disintegrates. If you’ve got good healthy hair then go for it.

“But it’s high maintenance. The whole process has to be thought out. You have to consider your finances. Being blonde is not cheap. If you want to do it properly speak to your stylist about the long-term commitment.

“Then you’ve got to consider your skin type,” he adds, exhausted. “You have to change your clothes and even what it says about you as a person. It’s a statement hairstyle – so if you’re a blend in with the crowd sort of person it’s not for you.”

I should take his advice, of course.

Bleaching the hair of one of the most famous brunettes in pop culture is no simple feat.

The Leicester born LA-made hairstylist is responsible for taking Kim Kardashian from deep dark brunette to platinum back in December. Kardashian’s recent pink hairstyle with dark roots is also Appleton’s handy work – and yes, internet, it was her real hair.

Bleaching the hair of one of the most famous brunettes in pop culture is no simple feat. After all, you can’t really afford to get it wrong. For extra precaution, it reportedly took Chris thirteen hours of work spread over a few days.

“We did the process over a week in three or four stages and I used Olaplex in between. I could have done it all in one night but her hair would have just been fried,” he shares."It was the right time for her. Doing it slowly showed in the result of the colour and it was still shiny and soft.”

Keeping the Kardashians’ hair in great shape is Appleton’s most recent project. An ambassador for products Olaplex and Color Wow, he is a trusted colorist working with some of the most famous women in Hollywood. Kim Kardashian, Rita Ora, Ariana Grandé, Katy Perry and Jennifer Lopez all have Chris in common (as well as the obvious fame, success, money and sex appeal).

After moving to LA two years ago his career has catapulted and his hair transformations have been seen on both magazine covers and red carpets.

“From Leicester to LA – is that going to be the title of the article?” he laughs as he scrolls through his Instagram feed. He shows me a snap of Jennifer Lopez with a curly Lion-like mane.

“Everyone keeps asking me ‘what’s next?’ - curly hair is back. It’s so much fun, right? For such a long time we saw sleek hair so it’ll be great to see texture back in hair,” he says with a subtle LA lilt. “I love all hair trends but it’s important to move things on.”

Popular hair trends seem to begin and end with Chris Appleton. Take Ariana Grandé’s braided ponytail with ‘hair piercings’ that saw an onslaught of copycat styles - that was another Chris creation.

Was he ever nervous that a celebrity would reject his bold hairstyles?

“Hmm, not really,” he says, thoughtfully.

“Madonna was a huge influence for me as a kid. Back then she was the only one who would change her look constantly and she wasn’t afraid of criticism. It made her iconic. It’s not a shock anymore. People are not afraid now. If you want to shock and be different you’ve got to own it.”

So, what standout style was he most proud of?

“There’s been so many,” he smiles. “I loved when we did the cover for Harpers Bazaar Arabia, when we did the super long hair and the whole Cher thing. We had Kim recreate iconic Cher images for the magazine. The look is super expensive, chic, rich – that’s my brand, I love that rich, expensive feel.”

“And, there was J-Lo’s long ponytail when we were in Miami. It was really simple, slicked back and snatched. A super long pony, that went all the way down to her ass. So simple. And obviously she’s a goddess.”

There’s few hairstylists that can credit J-Lo's ‘ass-long’ ponytail or Katy Perry’s Met Gala Ball hair sculpture as their own. It must be a lot of pressure.

‘There is a lot of pressure. But if you do your homework and you’re prepared, there’s less pressure.”

While already a glittering career, whose hair would he love to get his hands on next?

“I’d say Rihanna,” he shares. “I liked Rihanna’s hair super short. She has such a beautiful face so she could handle it, when she wears her hair short she can carry it off in a way no one else can. She’s not afraid.”

“I always wanted to do Madonna’s hair. I met her a few times. She’s really cute, sweet,” he says almost nonchalantly.

Before I have a chance to quiz him on the insides of Kim Kardashian’s home and what J-Lo eats for breakfast he’s whisked away by his team. Though not before he provides a solution to my own blonde ambitions.

“Dye some extensions blonde – don’t damage your hair if you don’t have to.”

And that’s why he’s the professional. Potential DIY disaster averted.

Chris Appleton is an ambassador for Color Wow, which provide products for colour treated hair.