AND here I thought the beard trend was on its way out; that we were scaling back the bush and taking scissors to the hedge.

I thought about adding a beard radar system - when a beardy appears within 5 meters there’s a little message that says ‘beard walking’ – but then I thought that would be creepy.

Granted, the sudden aggrandisement of the beard did have a ' renaissance man' appeal. The fuller the foliage suggested the more masculine, rugged and burly the man - harking back to times when a man would not fear to throw a lady over his shoulder while beating his chest (caveman days, then).

The reality, here in Manchester at least, is these boys are more likely to drink flat whites and own charming start-up businesses. The popularity of the beard has been nothing short of phenomenal, but the clichés are icky.

So have we reached peak beard? Quite the contrary.

72,000 people worldwide have signed up to free app, Bristlr, which connects men and women with someone with a beard to stroke. Yes, really. It seems with more beards, the rise of people who swear to enjoy prickly kisses and furry face-hugs; Pognophilia is also at an all time high. It works like popular dating phone app Tinder.

It's the creation of 28-year-old John Kershaw who is set to bank on beard culture (if there's even such a thing) with Bristlr. He lives it: a proud owner of a full chin of strawberry blonde hairs, he works in software developing amongst Manchester’s large tech community (naturally), and can be sometimes found perched in an artisan coffee shop with his laptop on his knee (of course).

Why a 'beard-stroking' app?

(Laughs) I tend to take things too far. I just had a really stupid idea. There’s all these apps, so I thought what do people want and I’ll build the technology that connects them to it.

But again, why beards?

Well, I’ve got a beard. And I was sat there stroking it and thought – boom, idea. There’s a lot of people with beards that want them stroked and there’s lots of people that want to stroke them. I thought yes, I could build that. So I posted the idea to Facebook and everyone thought it was funny.

Where are the key beard hotspots?

We’re nearing 72,000 people. In the UK, Manchester and London are the main areas, but the main users are actually in America. San Francisco got there first and New York followed. Then there's Brazil of all places - I wasn’t expecting it, it was a complete shock. It turns out that in Brazil beards are really popular but really hard to come by - I imagine the weather is a factor so there’s a weird high demand.

Why are these dating apps so popular?

I think apps like Tinder simplify the problem of dating. And they’re quite addictive. With Tinder, if you have physical preferences you’ll only select those with a beard – or you can go on something like OK CUPID and fill in hundreds of questions and specify that you only like beards. With Bristlr you get the simplicity of Tinder and you can be as specific as on other dating sites.

Is the plan to branch out and include other niches? Men with long-hair? Redheads.

Someone suggested ‘man buns’ the other day - maybe. I have no plans currently to branch out, but it is something that could happen.  I’m building up Bristlr because it’s the thing I know most about. I may start selling my own beard products: balms, oils, combs…

I thought about adding beard radar system - when a beardy appears within 5 meters there’s a little message that says ‘beard walking’ – but then I thought that would be creepy.

I actually have. I wake up, roll over and I have all these lovely messages. This couple from the Netherlands said they joined up on Bristlr as a joke, started talking and fell head over heels for each other and wanted to thank me. They said I could come to their wedding. It definitely works.

I would say it was superficial – is it not just a hook-up app?

To start with, I was more confused whether it was going to be a social network rather than a dating site. It depends how you use it. You can have loads of pictures and you can get in to in depth conversations with people. Or you can just like everyone you think is hot and based nearby. It’s built to be flexible. 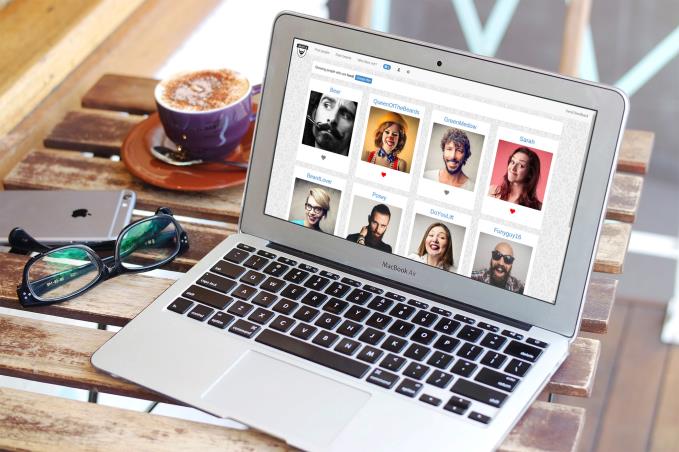 Beard Culture in Manchester and beyond -will it last?

(Laughs) And also people look weird when they shave their beard off – your face shape changes dramatically. Which means quite a lot of the people growing them for style reason now won’t really shave them off – if they do, they’ll grow it right back. I do think beards have a lot of staying power.

Is there a beard criteria?

Right now, there is a simply a tick box saying ‘do you have a beard?’. I’m quite happy to allow people to self-identify whether they have a beard or not. Some people will say having a moustache isn’t having a beard, some will say it is. You get weirdly specific with these things. Is a soul patch a beard? – that seems like the extremity of it. What about massive side burns? What point is a side burn a beard? – it gets complicated and I don’t have time to catergorize.

What about the people without beards – is there a trend in the people that sign up?

It’s hard to track. It seems that everyone is awesome and I have a crush on all of them. Cool, alternative-ish, generally down-to-earth type of people. That’s the general type.  There’s usually a type of person who likes beards – they may like rock music, but I probably couldn’t more specific than that.

Find out more about Bristlr on the website. Watch the video on how to use it below: