Tory Party Conference - will it all go ahead and would Manchester ever vote blue?

Conference season lands in Manchester with the Tory Party's annual knees-up being hosted by The Midland and Manchester Central. At least that was the plan...until today. News that prorogation has been ruled unlawful will at the very least cause huge upset among the delegates and at worst derail the conference altogether. As the Speaker John Bercow has said that Parliament must "convene without delay" then many of the key players may find themselves stuck in Westminster as the conference takes place.

If it all goes ahead, then Boris and his right-wing acolytes will gather next week to park their tanks on Greater Manchester’s electoral lawn but it will be to little avail for the people of Manchester, who show no sign of voting Tory en masse.

Situating yourself on the political spectrum is a delicate task these days. I took umbrage at a recent birthday party when an old friend, and trade unionist, referred to me as a member of the 'liberal elite' due to the contents of one of my most recent articles about migrant workers. A fellow councillor burst out laughing at the notion I had somehow transitioned from a Rochdale kid brought up on benefits in to one of Manchester’s new wave of ultra-liberal inhabitants.

Later in the week I was sat amongst some others, not political animals at all but city-centre dwellers, who said that my assertion that Boris is popular due to him ‘not mincing his words’ was nonsense and that everyone hated him - despite his ascent to PM.

US politics offers lessons. Alexandra Ocasio-Cortez (often referred to as AOC) is one of the most interesting politicians for a while. She is the apotheosis of both the liberal and conservative wings of the left: a Puerto Rican working-class girl who overcome the odds to win her spot in Congress to stick it to the orange-shaded man.

And good for her. We need more AOCs and she has captured the minds of many young citizens the world over and will inspire a new generation of diverse politicians. The problem, however, is not her backstory but her lack of experience of America’s rust belt. Her upbringing in the Bronx has taught her all the reasons to love thy neighbour - who lives in a mega-city awash with ambition, opportunity and culture - but not why a factory worker might support Trump.

AOC’s recent outburst against Nancy Pelosi, the most instantly recognisable uber-liberal Democrat in Congress with her alternative plan to placate those who want Trump’s wall, stopped short (just) of calling her a racist. This is the major hurdle the ultra-liberal wings of left parties face today - their intolerance of people whose views are not their mirror image or people who aren’t as ‘woke’ as them.

Social media is to blame for diverging political views. The traditional media only focus on the negative attributes, as they see them, of social media. They continually moan about the self-reinforcing nature of the connections that form on Twitter, which led to an echo chamber of Leave. EU voting propaganda, as though it only impacts people sat at home in a council house.

They don’t see that their own mindsets are becoming narrower and narrower as their Twitter spheres compound and reinforce their own right-on views as the only acceptable stance. What’s worse is that scaling Wokeback Mountain is impossible for anybody who wasn’t raised by middle-class people and that peak grows taller each year.

It is for these reasons Boris et al think they can pick up votes in Greater Manchester that have traditionally voted Labour - as they have in places like Mansfield - but do not meet these impossible standards.

The problem with 'progressives' is that they can’t see how they exclude vast swathes of people who would otherwise support them if not for their condemnation of anything but their own language and social stances.

But Labour can still straddle the broad church. The Conservatives holding their party conference here and reiterating old promises of a Northern Powerhouse soon wears thin in communities that have had their services gutted and their benefits sanctioned.

And this is why Labour has little to worry about. Boris and/or the Brexit Party’s appeal to the working class is yet to be seen to be concentrated enough to spear Labour seats - their gains will be too thinly spread for our first-past-the-post electoral system.

The Liberals are still not influential in Manchester, with only three council seats out of 96 (the Conservatives of course have none), and Jo Swinson has little appeal given that she backed tightening benefit sanctions - a primary cause of food bank queues - in exchange for supporting the 5p plastic bag charge.

The Greens were credible until Caroline Lucas announced her idea of an all-white female national unity cabinet managing to be both racist and sexist all at the same time.

But, despite all this, why vote for either of them?

As regards to what happens with Brexit, it is only Labour who can offer the people the choice on the final say, along with a real shift in resources from the few to the many. The Tories may conference here but they won't win votes.

Tickets for the main conference are available (at the time of publication) for £520 for a party member ticket up to £1,520 for a commercial guest.

There are protests planned throughout the conference. March for Change is a pro-European group which will be protest on Sunday 29th at 2pm. 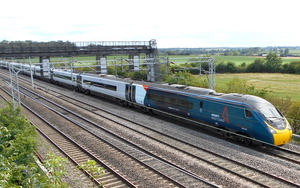 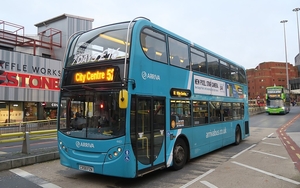