Does Mata have the most intense face on Market Street? - Sleuth 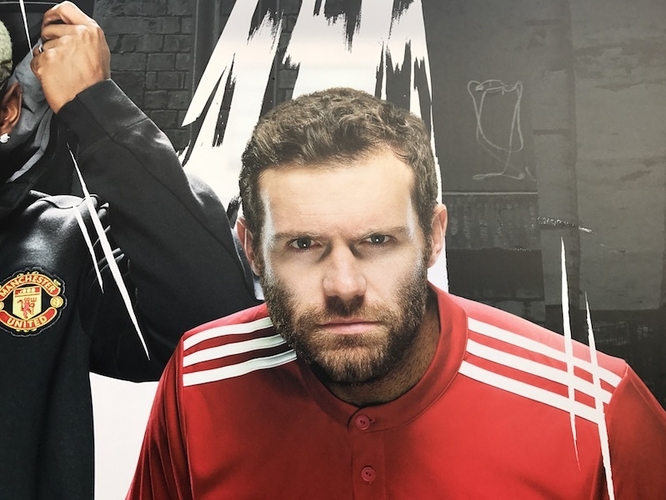 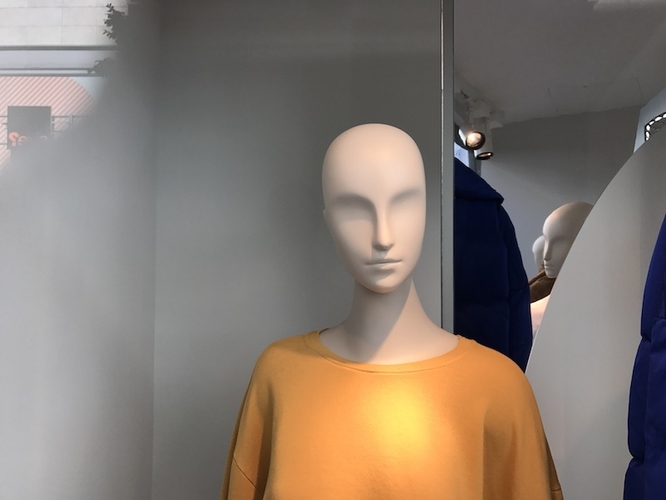 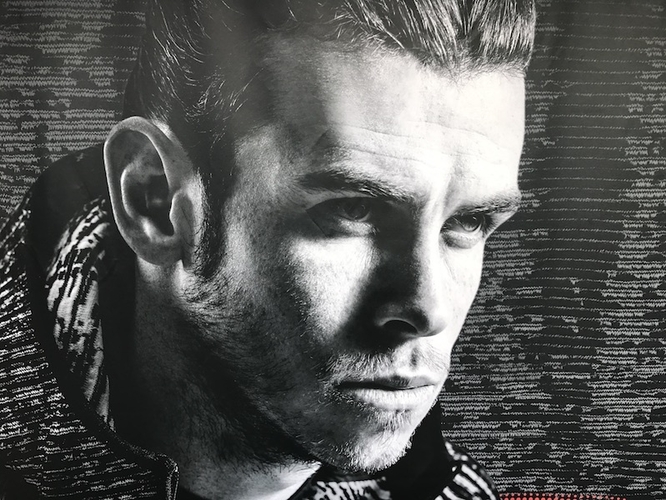 Week 37: it's the intense face on Market Street face-off

Market Street is known as a hotbed of feverish activity. Now retailers are competing to see who can have the most intense sporting celebrity face in their windows. The scheme is called ‘Intense Face on Market Street’. Gareth Bale at Adidas is not bad, Jesse Lingard at JJB Sport isn’t really trying, nor is the mannequin next door, but Juan Mata is giving it everything. Confidential sent a reporter to interview Juan Mata about his Market Street success, but after several minutes of silence the journo collapsed in tears, exclaiming, “Why are you looking at me like that?” Councillor Pat Karney told Sleuth, “It’s the greatest celebration of intense faces in the world since time began, bigger than anything in Paris, New York, Barnsley or Berlin.” Sleuth can confirm no Manchester bees were harmed. 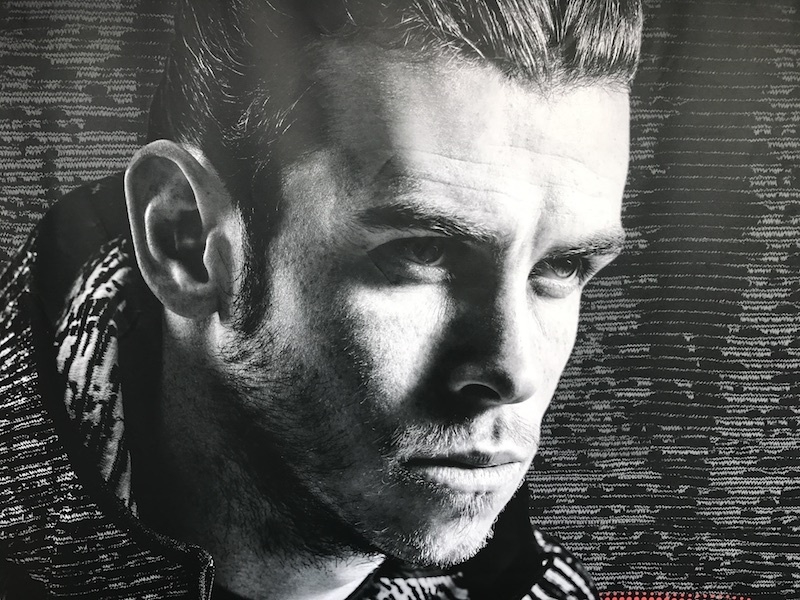 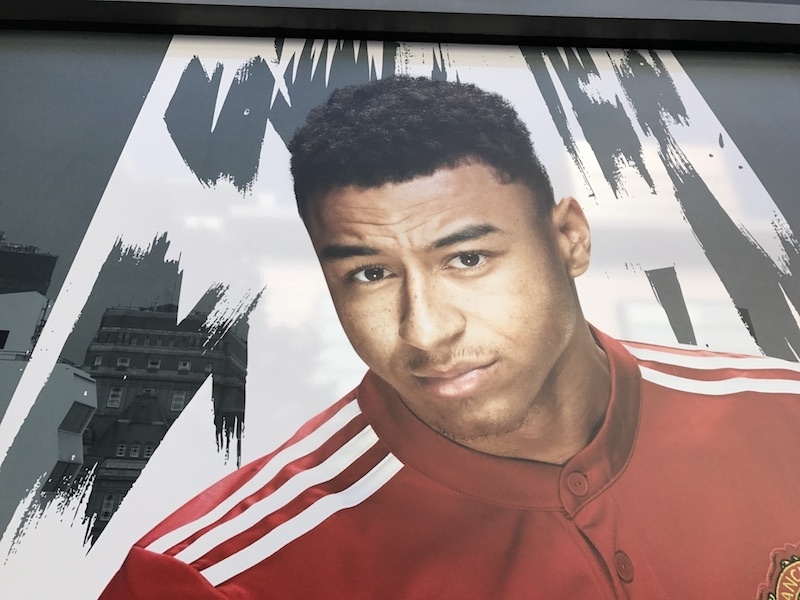 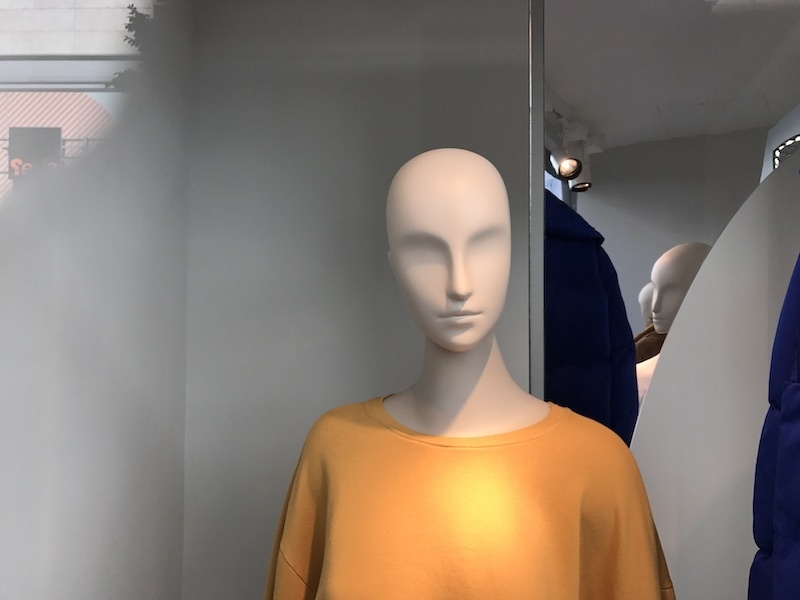 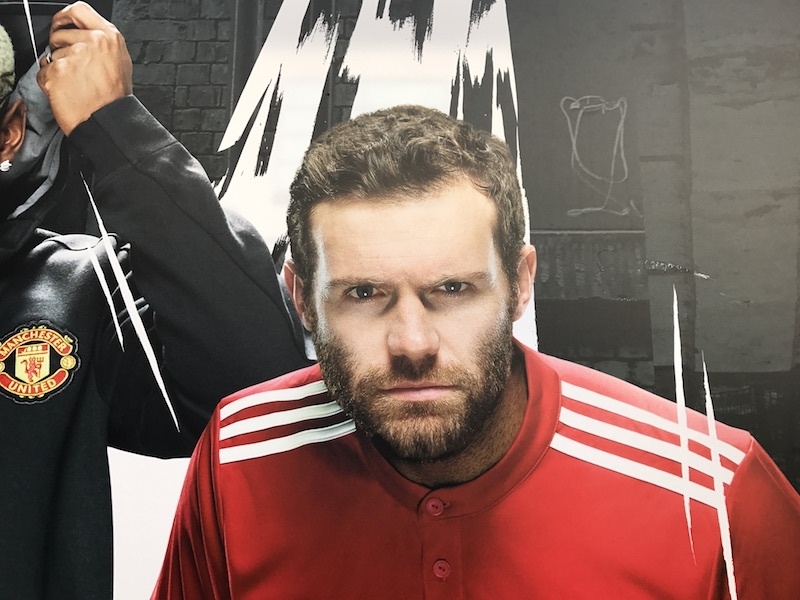 Another 500,000 Mobikes are to be delivered to the city. “We’ve had extraordinary success, greater than in any other city in which we’ve had a presence,” said a spokes-person. “Everybody is using a Mobike. Of course, many people think this is free scheme, breaking the locks, leaving them in skips and so on, so we’ve decided to embrace the idea and give every Mancunian a free Mobike. We won’t make any money but we’ll feel really good about ourselves. We’re going to change the name to MoreBikes.” Sleuth asked a representative sample of Mancunian citizens in his local pub five minutes from his home what they thought of the idea. “A bit crazy,” came the one reply, “as mad as leaving a load of bikes on city centre streets with very weak locks.”

A man who entered Manchester's first ever 'Happiness Cafe' has been locked up after going on a murderous rampage. The man, who popped into the new cafe in Northern Quarter to cheer up after stubbing his toe, told police that rather than lift his spirits, the cafe's pink coffee, migraine-inducing decor and insistence on covering everything in rainbow sprinkles had in fact sent him into a rage. "All I wanted was coffee and Sudoku," said the man, "but when I bit into a cracker and pulled a motivational quote from my teeth telling me 'whether you think you can or you can't, you're right' - I just lost it." Police have recommended that everybody but the Teletubbies, the Tweenies and Mr Tumble avoid the cafe and try MDMA instead.

Chef gets a job

A chef in Manchester has a new job. The chef, who previously worked as a chef elsewhere and somewhere else before that, said the vital experience they have gained in other kitchens - including that stint washing pots in some Surrey country house hotel nobody has ever heard of but once had a Michelin star in 1993 - will undoubtedly pay off in this next job, because its the same line of work and that's how job experience works. The chef, who once took a piss next to Paul Bocuse, said: "My approach to food is simple: buy seasonal and let the ingredients speak for themselves, and of course sulk and generally act like a twat until somebody puts you on the Great British Menu."

Sleuth is pleased to see Manchester’s progressive transport policy is working well. After the tremendous success of the ‘Get Me There’ scheme on Metrolink recently celebrated as ‘the worst name for the most pathetic attempt at an integrated transport policy for years’, TfGM have come up with folding signs. This allows drivers to simply fold back No Entry signs and turn them into Yes, Please Enter Me signs. The scheme has been trialled in St Ann’s Square to great effect (as shown here).

Sleuth and the impossible club launch

Sleuth attended an impossible club launch this week. Impossible not only because that's the name of the new venue on Peter Street, but also because descending the stairs into the basement, Sleuth entered an alternative universe where humans could voluntarily remove limbs from their sockets, where dancing robot mirror-balls urinated green lasers and where 330ml of beer cost £5.50. Emerging from this rabbit hole into the night, passing what looked like a fully uniformed African military dictator on the stairs, Sleuth was surprised to find not raindrops, but floating orbs of smoke dancing down Peter Street. "One things for sure", said Sleuth to the 9ft golden turnip on the door, "that's the last time I drink mescal."

Royal Exchange gets a proper bar

Meanwhile, back in reality, Sleuth was at the launch of The Rivals at the Royal Exchange on Thursday. The manageress Gośka fed Sleuth all the Rioja in the world. And Sleuth drank it all down with great exclamations of joy because this place marks an impressive change (and about time too). The chef is Anna, previously from Gray's Larder in Chorlton, serving a sharp, well-thought out British menu. Anna's surname is Fysh. No honestly, it really is. Aside from Rioja there are real ales on the bar. The fittings, lampshades etc, come from scenery used in previous productions in the theatre. And best of all The Rivals (named after the first play at the Royal Exchange Theatre back in the 70s) stays open during performances. The beer cellar is very impressive and Gośka loves to show it off. Get off that barrel woman.

Lastly, as previously mentioned in Sleuth, there's a condition increasingly afflicting the city's middle-agers. Known as 'Hacienostalgia', symptoms include a lack of desire to move on with life and a tendency to think everything now is shit. It appears the condition has now been transmitted from humans to shameless casual dining chains looking to make a few quid through some vague geographical association.

Still, thought Sleuth, may as well have some fun with it. So here's the best potential Hacienda-inspired Pizza Express pizzas as suggested by us and you lot: Quattro Forletitgo / Blue Cheese Monday / Cheese is good, cheese is good / 808 Steak / Olives will tear us apart / Stone Baked Roses / There is a slice that will never go cold / PilloPoppo Milanese / Porkestral manoeuvres in the dark / Pizza X-Bez / Sloppy Mondays / Pizza Hook / Anchovy Wilson.

The winner? It's Anchovy Wilson all day for Sleuth. Hats off to you @AndyLoynes