“Employers seem to place a higher value on jobs performed by men.”

The above statement came about during a discussion on equal pay, a subject proving topical thanks to the UK’s looming ‘Equal Pay Day’ (10 November) - a date that visualises the UK’s 14% gender pay gap by demonstrating that women work the rest of the year for free when compared to their male equivalent.

The quote is from Michael Newman, a Partner at Leigh Day law firm and an advocate for equal pay. Newman is part of the Manchester legal team that is taking on ASDA in a landmark case: 15,000 ASDA workers are making equal pay claims against the retailer due to gender discrimination.

What started out as claims from 400 Manchester ASDA workers in 2008 has now spiralled into a nationwide legal proceeding.

“There are similarities in the roles in terms of the tasks performed,” explains Newman. “For example, the effort required – depot workers take things off the lorries and load them to the carts, whilst store staff do the reverse of this and put them on the shelves. This is obviously a very crude, simplistic example, but there are other examples.”

The retail giant has disputed the claim, stating that they pay staff in the same roles equally, regardless of gender 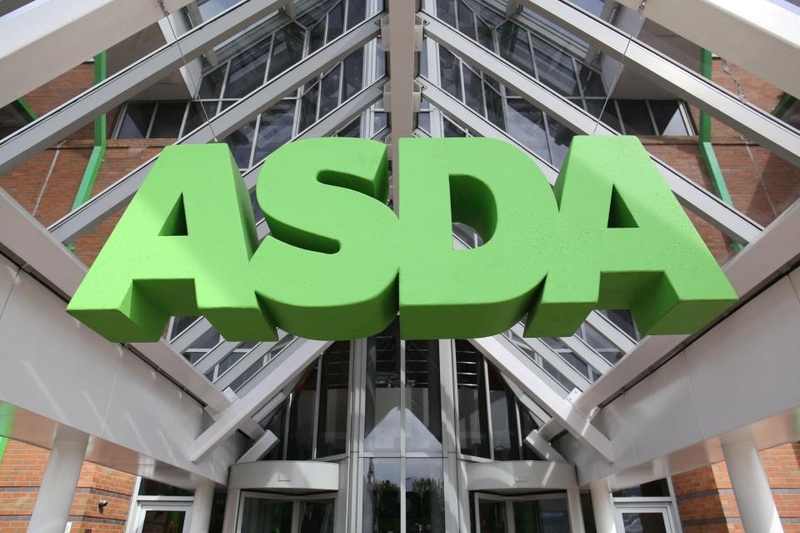 The retail giant has disputed the claim, stating that they pay staff in the same roles equally, regardless of gender. However, Newman explains that, whilst this is true for staff working in the same role, women in different roles are still earning less for comparable work.

“ASDA are choosing to pay the men more and historically have done,” argues Newman. “Legal documents that we received from ASDA detailed what the company believed to be the differences between roles in the depot and the roles in the stores, stating that ‘the people in the depots are breadwinners’ – suggesting that they’ve got a ‘proper job’ and should be paid properly. It incorrectly suggests that women are just working for pocket money and are not serious about their careers.”

If the case is successful, ASDA will be looking at a hefty pay-out.

“Claimants can go back six years and claim for every hour they worked. 70/80% of claimants are still working for ASDA. So, every day the pay-out figure is increasing.”

Estimates put the fee at more than 100 million. With such high stakes at risk, ASDA is putting up a firm defence, despite criticism that the retailer should focus on paying staff fairly instead of diversion tactics.

“At the start of the case, ASDA tried to make a claim under EU competition law, stating that it is unfair that they would have to pay men and women the same because Sainsburys and Tesco don’t have to, so this would put them at an unfair disadvantage to their competitors.” Unsurprisingly, the claim was later dropped.

With the ‘Big Four’ – TESCO, Sainsbury’s, Morrisons and ASDA - in constant competition over market share, the success of the case will have knock-on repercussions for Britain’s supermarkets. But Newman understands that this is not just an industry-specific problem. “You get it [gender pay discrimination] anywhere where there’s gender segregation in roles. However, it’s interesting that it’s not always the case. At Aldi and Lidl, everyone is paid the same amount, whether you work in the stores or the distribution centres. Part of the argument is often ‘this is what we need to do to run our business’ but if Aldi and Lidl can offer equal pay to their staff and still run a successful business, then why can’t ASDA.”

“Many of the equal pay claims are for women working in jobs that have been traditionally undervalued,” explains Robertson. “These work areas are often described as the '5 Cs' – catering, cleaning, clerical, caring and cashiering. Women in these jobs are entitled to be paid the same as men doing work that is different but of equal value. This is the core of the ASDA claim.”

It’s cultural, it’s systemic of how we treat women’s roles.

Robertson established Pay Justice to tackle the restrictively high costs of legal action for women on low wages. By bringing together groups of women through social media channels, Pay Justice helps claims become economic for specialist lawyers to run on a no win no fee basis.

Experts estimate the gender pay gap will close by 2069, but the 50-year target is still too slow, according to campaigners. Earlier this year, the government ordered large firms with over 250 employees to reveal their gender pay gaps, but despite it being over six months since the law was announced, the majority of companies eligible have yet to publish figures – only 85 of the 9,000 required companies have so far complied. Whilst the new law hopes to tackle workplace discrimination, Newman argues that there needs to be more than just a publication of numbers.

“The equal pay reporting is important, but it’s the narrative that accompanies them that is more important – there may be good reason why this [pay difference] happens. Although it seems odd doesn’t it, the fact that it’s always one way round. It’s always the women that are losing out.”

Whilst the ASDA case raises awareness of the role of the employer in levelling the playing field, Newman believes that the equal pay movement is not just an issue for businesses.

“It’s cultural, it’s systemic of how we treat women’s roles. Any jobs that are predominately done by women are undervalued in society. We need to recognise that roles traditionally performed by women are valuable roles. Where would we be if we didn’t have these.”

Newman continues: “women have a greater share of childcare responsibility so have to work part time, but part time work is often not valued as much and can be seen as non-committal. This won’t change whilst we have women doing the bulk of childcare. There are some biological reasons for that, but there are other reasons too. Shared parental leave was introduced into the UK in 2015 but there wasn’t a huge uptake. Partly because perhaps men fear that their careers would suffer if they take the leave, just as women suffer when they take time off work for childcare. Perhaps also partly because of financial reasons.”

“Things are changing gradually, but its slow. It [the equal pay movement] is not just about the attitudes of our employers. It’s how we treat work and how we look after our children.”