Does the spirit of an old restaurant linger on when a new one opens in the same place? In the case of Vinaböd, one would be forced to conclude that the answer is no. The corner site it occupies used to be The Allotment, a well-regarded vegan restaurant. Funnily enough, that tended toward the themed as well, covered as it was in gardening paraphernalia. Let’s just say the new occupiers are even more committed to their central premise.

Welcome to Vinaböd, Stockport’s (and possibly the world’s) only Viking tapas bar. What kind of thing constitutes a Viking tapa? A great haunch of venison maybe? Or perhaps the severed head of my enemies conquered in glorious battle? They certainly didn't serve that at The Allotment.

On visiting, I quickly realised that Vinaböd isn’t actually a Viking tapas bar per se, but rather a Viking bar that also happens to be a tapas bar. The two concepts are entirely unrelated but once you’ve heard it, it sticks.

Instead of going the whole (spit-roasted) hog with the theme and serving up Scandinavian-style nibbles, the owners have decided to make use of their background in Andalusian food and serve southern Spanish tapas. Luckily, that’s rustic enough (plenty of stews for instance) for the two ideas seem to blend well. Mind you, my credentials for deciding what is authentically Viking is a school trip to the Jorvik Viking Centre when I was about nine. Still, I can remember the smell even now, so let’s roll with it.

Before we get to the food, let’s start with the interior. Wow. If Game of Thrones wasn’t already finished I’d suggest they called up the Vinaböd chaps to run their sets because there is no way they’d let a stray coffee cup spoil their vibe. You want the horns of various dead beasts? Check? Mysterious skaldic poetry written in runes? Check? A nine-foot mural of Viking marauders? Thanks, but I’ve already got one of those at home.

The attention to detail is just fantastic. A dangling ceiling ornament appears to be crafted from bones (luckily it’s really driftwood) while the tables and benches are all handmade. Of course reality intrudes in the form of glassware and modern plumbing, but these seem like acceptable deviations from the theme.

You might be expecting (or fantasising about) it to be full of big burly chaps named Sven or Ulf, comparing the prows on their longships; or a flaxen-hair shield maiden able to beat you at arm wrestling without breaking a sweat. Close. But this is Stockport, so you are more likely to meet a bloke named Paul and his missus Linda. That’s probably for the best, as Paul and Linda are much less inclined to rape and pillage. Don’t get on their nerves though, just in case.

Truth be told, the interior is the star of the show here. It feels like the food is still in the process of being worked out. There were just three dishes available when we visited on a Saturday evening, plus a platter of bread and olives (£3). Just to be on the safe side, we ordered them all. Eventually there will be eight to ten dishes, apparently, including vegetarian options.

My favourite was patatas bravas (£3.50) – surprisingly, as this is a dish that is quite often murdered by tapas places. Instead this had minimal viscous red gloop but plenty of nicely browned potatoes topped with generous heaps of spiced chorizo. A Viking would probably love this, I thought. Although of course a Viking probably wouldn’t have encountered chorizo and definitely, never, ever a potato, seeing as they weren’t introduced into Europe until 1570. Still, its hefty simplicity seems in keeping with the tone.

Same goes for the sausage stew (£5), packed with mushrooms and olives and served with hunks of bread. All very rustic and satisfying. I wasn’t as keen on the Mediterranean chicken salad (£6). Perhaps that was my inner Viking saying: enough with this leafy foolishness, bring me mead!

Me and my inner Viking were in luck as mead is indeed what Vinaböd does best. How have I never got into mead before? The original version is of course fermented from honey and can range in strength from a gradient of weakish beer all the way to powerful liqueur, so make sure you check. We had the rhubarb version, which I think could be a contender for my drink of the summer. According to Dan, one of the owners who kindly talked me though the finer points of mead (he even showed me what to do with my horn), it’s lovely over ice.

There are two things that make Vinaböd so endearing. One is that it both venerates and cheekily undermines our contemporary obsession with authenticity in one go. It’s lovingly put together and the owners' commitment to it shines through in every detail, but as I’m sure they would agree, who can really know what a Viking mead hall would have really been like? The second is that, for something that they are taking so seriously, Vinaböd is an awful lot of fun. 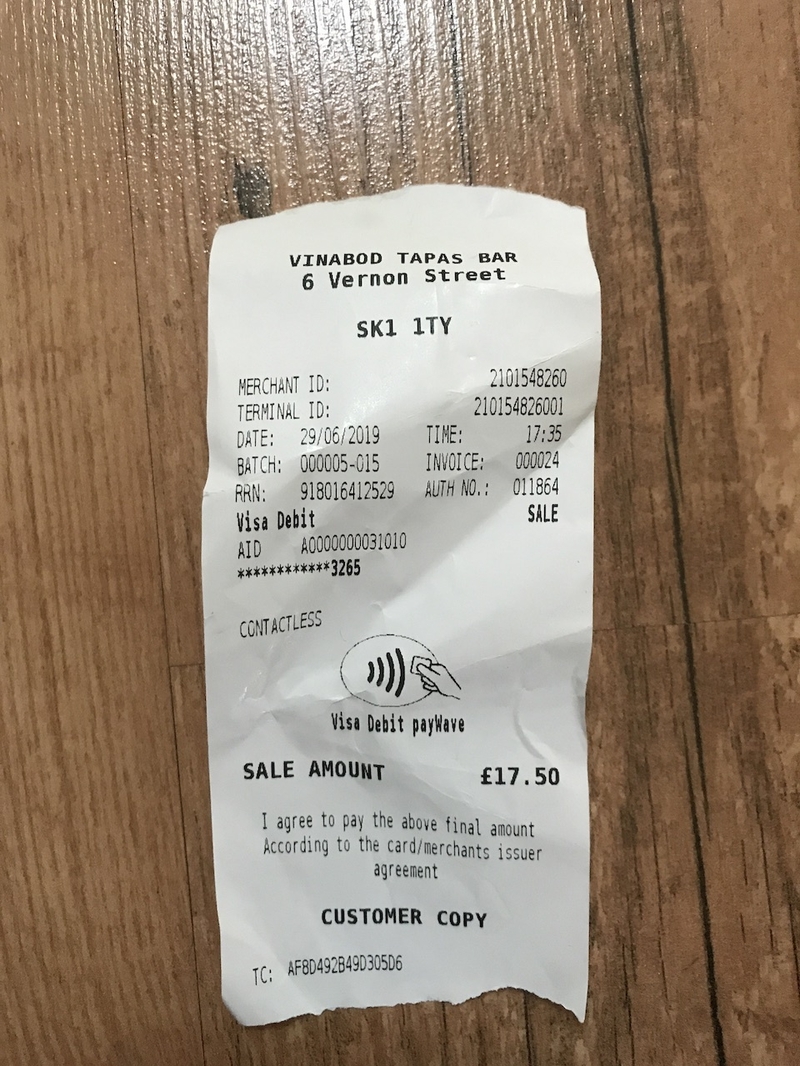