If you hadn’t already guessed from our walls (or even our shutters), we love art. Which is why we recently commissioned graffiti artist Dan Kitchener to transform our back wall into one massive mural.

Named TokyoHo (get it?), the technicolour Tokyo streetscape depicts a rainy night in the Japanese metropolis and is super high contrast - meaning it looks partly impressive in low light and/or when you’ve a cocktail or two.

Now something of a street art superstar, Kitchener has travelled the world with his spray can. But TokyoHo is his Manchester debut, and we can’t think of a better match for it than NoHo. It’s offbeat and atmospheric, with all the big city buzz of our New York hangout. 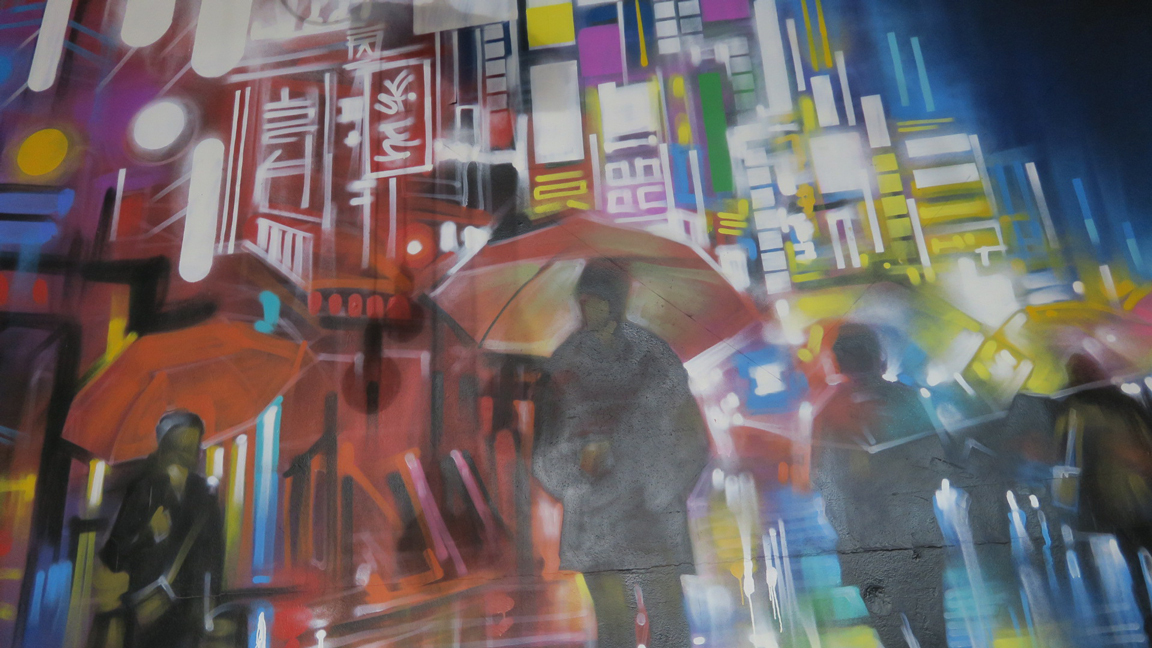