Confidentials’ pick of the menu at Lily’s

Dark nights and chilly mornings – now is the time for some truly warming, comforting dishes. And the food at Lily’s injects some much-needed colour into our grey days as well as a big hit of spicy warmth.

Confidentials called in for some Lily’s classics (and some of their cocktails) to help us beat off the autumn blues. The Lily’s Special Signature Sizzler may be a mouthful but it’s always a real treat. Arriving smoking at the table, this is one to share. Ok, hands up, we fought over it. Paneer, vegetable Manchurian, cassava – it’s a real stunner. 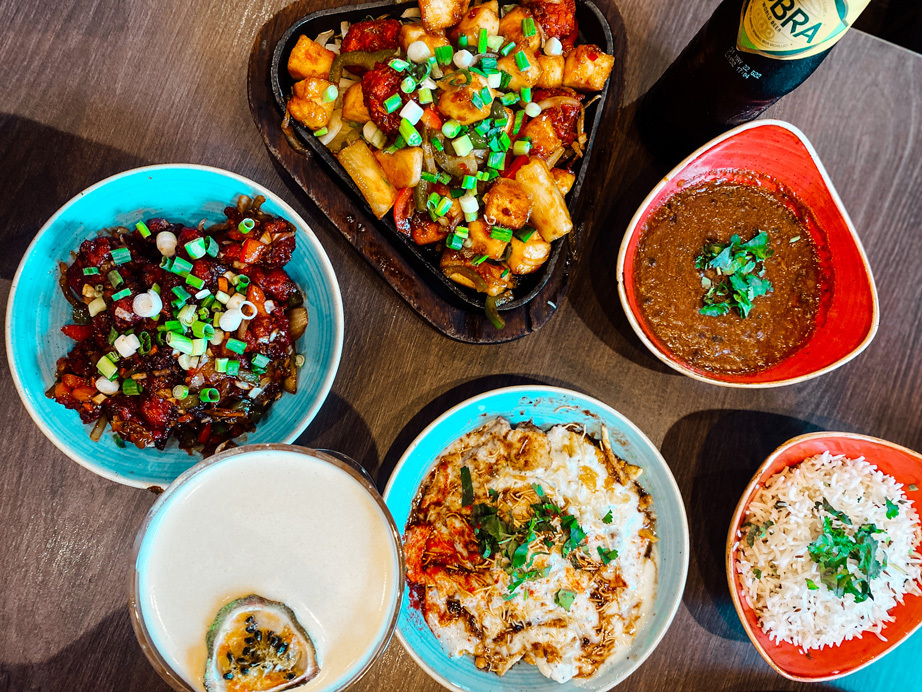 We also enjoyed some tarka dall, the Indian version of chicken soup. Yes, we know it’s vegan but that’s not the point. The point is that this is one of the most comforting dishes it’s possible to eat. Spicy but not to a silly level, it has the warming effect of a snuggly blanket and with all those lentils, it’s good for you too.

Cauliflower is now cool – cauliflower cheese with Sunday roasts, roasted, spiced cauliflower. Even Marks and Sparks sells cauli steaks but at Lily’s the gobi Manchurian is just cauliflower that tastes good, cooked in the way it has been for years upon years. Not hipster, not faddish, just crispy little florets cooked in a vibrant Indo-Chinese sauce. Now that is cool cauli.

We rounded it all off with jeera rice. The fluffy grains warded off the seasonal cold with roasted cumin seeds and coriander.

The mercury may drop in autumn and winter but these seasons do have their perks. Fragrant, expertly spiced dishes from Lily’s make culinary defences against the cold seem like a much better option than just staying home and cranking up the thermostat. Book a table, pull on a cardi and order a curry.

SEE THE MENU
BOOK A TABLE