The gateway to the city.

Crown Street is ideally situated at the entrance to the city centre. It forms part of an exciting new neighbourhood in the south-western part of Manchester city centre.

Within walking distance of Manchester’s key economic hubs and vibrant leisure attractions, Crown Street has all the benefits of city centre living with none of the congestion, and easy access in and out of Manchester.

It’s a place that will redefine Manchester’s skyline. In fact, it looks out over Manchester’s skyline. Residents can enjoy a bird’s eye view of the canals of Castlefield with an uninterrupted vista of the city beyond, which includes landmark buildings such as the Beetham Tower and No.1 Spinningfields to the northeast and the BBC headquarters at MediaCity to the southwest.

Work is progressing on both developments at an impressive pace and stunning apartments and luxury facilities will make it one of the most desirable places to live.

The neighbourhood will be surrounded by green space areas and connected by several new pedestrian and cycle pathways.

It’s an awe-inspiring new address in one of the UK’s most under-supplied tenant markets.

FIND OUT ABOUT INVESTING

SEE THE LOBBY  SEE THE POOL  SEE THE GYM 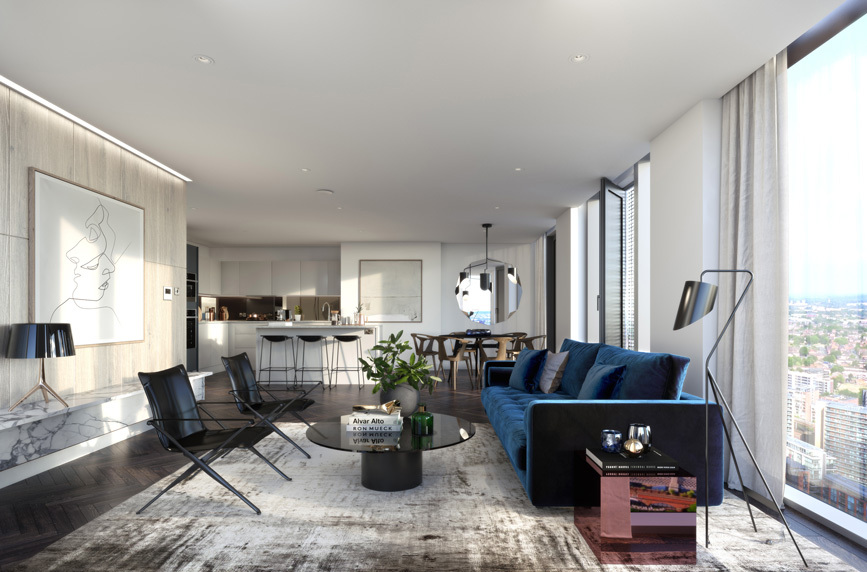