Bovril on draft and topless barmaids: What Manchester pubs were like in 1975

'The past is a foreign country: they do things differently there,' wrote LP Hartley in the novel The Go-Between. Good line. But if that's the case the recent past is another planet completely.

Ten or 20 years on, nothing seems as crazily dated as the fashions and hairstyles we experienced in our earlier lives. TV programmes look amateurish, cars cheap, even furniture styles seem ludicrous. Could we really have loved those things? Bought them? Behaved like that?

Our drinking and eating habits and the places we went to are even more hilariously odd. So one evening, while lounging over three or four pints and shooting the breeze with chef Robert Owen-Brown, along came Gwen, then the charming landlady of the Briton's Protection.

“Hey Jonathan,” she said. “I found these upstairs and thought you’d like them.”

She handed me a couple of old guidebooks to the city.

One of the books was The Manchester Pub Guide from 1975. It was a gem. This is no CAMRA guide, all earnest fact and page after page about ale.

This is a book of wit, a perfect guidebook, that paints pictures as well as relaying facts. The wit extends to one of the authors, James Varley, who is described as ‘pleasantly divided into four rooms offering a wide variety of entertainment.’ It’s good to be so divided.

What the book reveals is that 1975 was a very, very odd place. The pubs and bars seem alternately plastic-bright or run-down and the food generally appears to be horrible – ‘you name it and chips’ is how the book describes the Nag’s Head grub.

There are a lot more pubs in 1975 Manchester but far less bars than in present Manchester. Whole areas such as Spinningfields are, for obvious reasons, barren of boozers – while others such as Ancoats appear to be thriving, but on the brink of that great inner urban crash of the 80s.

There are glorious looking pubs such as the Oxford on Oxford Road, where an estate agent presently sits, and there are grotesque boozers such as the 70s tat architecture of The Boardroom, where the custom ‘can be split roughly into two groups: young city centre groovers, and middle aged persons checking the place out.’

The classic pubs we know today all seem to have had good reputations back then; The Britons, The Pev, The Circus, The Castle. Thomas’s is criticised for early closing and poor drinks selection but is praised for its looks and conviviality.

Some pubs have yet to reveal their qualities. The Marble Arch is a pub ‘where the interest almost ceases on entry’ and is described as the sort of place ‘that is very good if you want to watch TV.’ The amazing interior of tile, mosaic and glazed brick under the ‘paper, paint and plastic’ has yet to be discovered. Why would anybody hide that glory? What was this distaste of the extravagant past?

Pubs now long gone include Tommy Ducks where the advice is ‘Beware of falling ceiling decoration, presumably donated by customers of the fairer sex. The picture of the interesting barmaid besides the bar has prompted numerous returns but as yet to no avail.’ Female customers left their underwear, which was then stuck to the ceiling of Tommy Ducks. Why they did that is unclear.

The whole scene might appear misogynistic to present day eyes. There are gentlemen-only bars, topless bars and strip clubs galore.

There's the Playground on Oxford Road: ‘A new disco pub. The visitor may well be diverted before reaching the bar by the male crowds surrounding the dance floor. There the lunchtime topless go-go dancer goes through her routine every fourth or fifth record. In the evening she is demoted to the basement Edwardian Bar where the all-pervading disco music, complete with mid-Atlantic disc jockey, numbs the mind. Her performance is confined to a small platform. She even suffers the indignity of operating her own spotlight.’

The entry for the Manchester Arms, subsequently demolished to allow the tramlines into Victoria Station, is an eye-opener.

‘There are nightly and free stripshows. Amidst bright green lights, a series of ladies perform to an attentive audience of itinerant Scotsmen, sweaty middle-aged gentlemen and British Rail porters. Those of a somewhat nervous disposition should beware of the first room on the right, where mine host appears 90 per cent topless (where does one put one’s eyes?). There’s a choice of pool and football tables, together with a fruit machine, which has been known to smoulder.’

Strippers aside, the worst name of 1975 goes to a Great Ancoats Street bar. Somebody somewhere had thought it clever to open a place called ‘The Desert.’ Upstairs there was ‘an Italian restaurant which offers Escalope of Veal Elisabeth.’ That seems a recipe as lost in time as The Desert. It was so convincingly empty the authors suggest all it misses is a ‘lorry load of sand.’

The Manchester Pub Guide makes for an amusing read although none of it seems like a world you could miss too much.

Punk is about to happen and if Freddie Mercury and Queen are your thing then you're in for a treat. Fondue parties are probably everywhere – the rest, from design to food to economic outlook, is on the slide.

Unfortunately, we do share the latter aspect with 1975, but in so much else the Manchester city centre of today seems ten times better. As for booze and food, give me the city's current variety and range any day.

Fade to beige. Let's stroll down to The Playground, see what the bird on stage looks like. Maybe we'll bump into Gene Hunt from Life on Mars, knocking back some fizzy lager.

This story has been updated.

Jonathan Schofield offers regular tours of the city including pub tours. The tours cover a huge range of themes and topics - here's a list. With every voucher people receive a daily weekday gift. Gift vouchers can be purchased via this link.

Like this? Read: The story of Manchester architecture: Part one 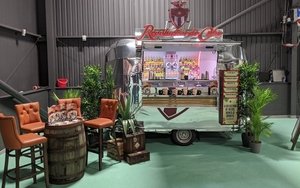 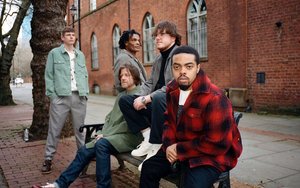 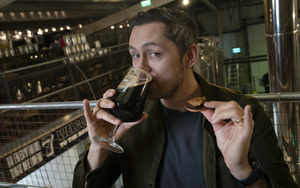 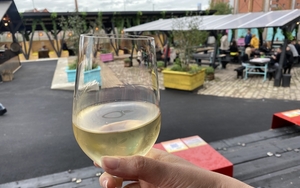 What do you need to know about going to the pub this week?
Web Design Manchester MadeByShape