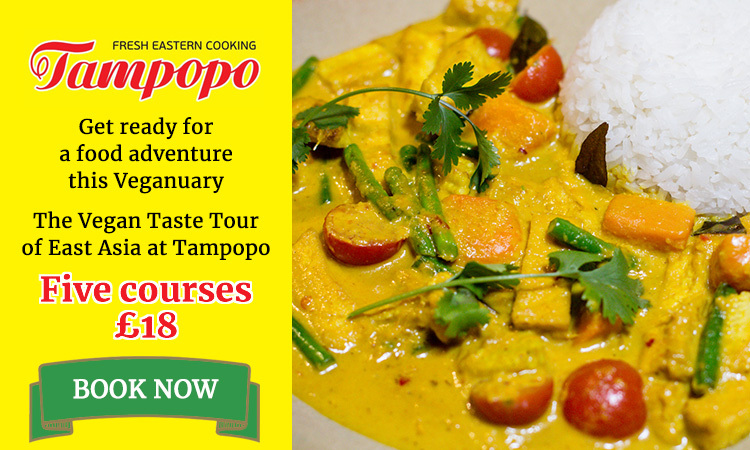 The University of Manchester has announced it’s had an ‘impressive’ response to its international search to find a development and investment partner to deliver ‘the £1.5 billion world-class innovation district ID Manchester’. Six candidates have moved on from the dialogue to procurement stage. So what is ID Manchester? Well, it’s a massive part of the city centre that was called UMIST once upon a time. So it definitely attracts a great response from acronyms and initials as well.

The available development space for ID Manchester is 4m square feet (370,000 square metres) with ‘updated indicative development plans’ (ooh sexy phrasing) for 2.6m square feet (240,000 square metres) of new work space and 3 acres (1.2 hectares) of high-quality public realm. It’s also got existing green areas, some of which have unfortunately just been lost, and the splendid Grade II listed Sackville Street Building. This apparently offers ‘a fantastic opportunity for re-purposing’. It’s a magnificent lump of a thing but it will be a proper task to re-purpose it.

These important buildings and structures must be retained at ID Manchester

Behind the branding of this area of existing sixties architecture, and that huge heritage asset paid for by the city and philanthrophy in the 1890s, there lies a bigger debate. ID here refers to ‘Innovation District’ but clearly plays on ‘identity’ too. A city and a university with civic responsibility must respect the idea of both meanings. The Sackville Street building is a gem (the building is featured at the end of the article). Its two main halls and the magnificent connection staircases must be maintained as integral units and not partitioned. They should have a future as public halls given they were built by public money.

Meanwhile access should be improved and the future guaranteed for one of Manchester’s loveliest small assets, the Godlee Observatory, crowning the building. Vimto Gardens must be guaranteed survival.

Just as importantly the excellent Brutalist square/garden with its elegant bridge and important Renolds Building must be retained as must the Chemical Engineering Plant round the corner and the Tony Holloway concrete wall that acts as its sound buffer. This sixties work is important internationally.

All these elements build identity for the city and were hugely innovative for their time. So both species of ID and ID then. So, let’s take the potential and projected 6,000 jobs but also keep some of the city’s best architecture.

Good news. ‘On 20 November 2019, the new £6.6 million three-storey extension at Hallé St Peter’s, The Oglesby Centre, will open. The Centre adds new facilities to the existing Grade II listed church including the Victoria Wood Hall: a large new double height rehearsal space, the Monument Room: an interactive classroom for education work, and a café and bar which will be open to the public. The original church building that opened in 2013 will continue to be used by the Hallé Orchestra and its family of associated choirs and youth orchestra.’ The Oglesby Centre is a design from Stephenson Studio and presents a strong brick, glass and corten steel facade to Cutting Room Square. These are all suitably industrial materials given Ancoats’ past. Celebrations for the opening will extend through the weekend of 23/24 November. With the Edinburgh Castle pub opening this week, and the already hectic redevelopment, Ancoats must surely win any award for the most rapidly re-invented inner suburb in Europe?

Corten steel structures are quite the thing across Manchester and Salford. This is an aggressive material, changing colour as it weathers to an orangy-brown from just looking rusty. Come to think of it though, it often seems to start off a bit brown and never really stops looking rusty, despite what all its defenders say. Call trading standards quick. It works a treat as a material for the Ordsall Chord Bridge, pulls it off at the People’s History Museum too. But will it work in Cutting Room Square? We might have to give that one some time. More problematic is whether it is suitable for apartments, such as Oxid House on Great Ancoats Street. It might be just a shade too much for residential developments, unless of course, you’re under siege. The name Oxid House plays on rustiness, oxidation, and it might well-be the only set of Manchester flats which can withstand artillery attack.

Salboy International sets up in Shanghai

Investment from the East is just as fashionable as Corten steel. Now Salboy International, residential property sales agency, has opened up in Shanghai, representing Salboy International, the developer behind so many regional projects. The owners of the Salboys are property guru Simon Ismail and ‘founder of the world’s largest independent bookmaker Betfred’ Salford boy, Fred Done. The pair want to streamline the whole selling and deal-making process over there by bringing it in-house. Ismail says: “As one of the most active UK developers selling to Far Eastern investors we soon realised there was a more efficient and cost effective method of marketing global property developments than was being offered by traditional property agents. Our new agency approach whilst reducing developer marketing costs ultimately results in better value for the purchaser.”

Anchorage Tower at the Quays has been given planning permission by Salford City Council and work could begin as soon as next summer. There's going to be 290 apartments of one, two and three bedrooms plus more than 10,000 square feet of commercial and retail (really?) space at ground level. The design in sketch form looks entertaining by Chapman Taylor with trees peeping out from the structure as though they are nosy neighbours leaning over balconies. It certainly looks a damn site better than the nearby 1991 Anchorage building which squats on the land like a rotting beached whale. That was designed by the Percy Thomas Group while clearly drunk. The building looks like it was designed by Nicolae Ceausescu as his last monument to totalitarianism. Jeez, how could you get design so wrong, so bloody awful?

Albert Square reborn: We look at the plans. We have questions
● / Property

London Road Fire Station: Is the latest planning alteration an improvement?
What you say
Read Next
● / Property 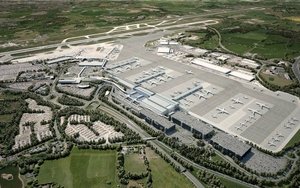 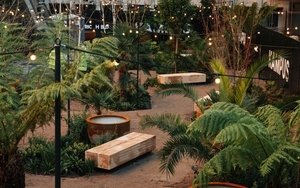 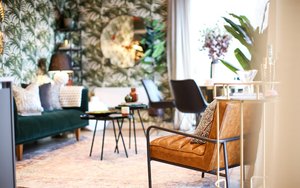 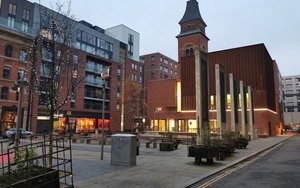