Would you wear your gym kit to work?

It’s no secret that working out is a big deal these days. Come 5 pm, Manchester is awash with gym bunnies dashing across the city to fit in their post-work regime before they dabble in a dinner of clean eating. Or at least, that’s what they want you to think.

According to a new survey by Be a Better You, 65% of Brits will wear the clothes they would usually exercise in, even when they are not working out. (Meaning that girl in those gym leggings could, in fact, be just as lazy as you are). Of those who wear activewear outside the gym, 72% say they would wear activewear to go shopping, and 1 in 2 would wear it out for food. A daring 7% would even go as far as to rock activewear on a date.

Personally, rocking activewear 5 days a week seems a little fraudulent seeing as I don’t even have a gym membership.

Liverpool is the capital of gym bunny fashion, where 71% of locals say they wear their workout clothes day-to-day, closely followed by Birmingham (69%) and Manchester coming in third (65%).*

The trend has not gone unnoticed, with big brands like Missguided’s Jordan Dunn collaboration and  Matthew Williamson’s partnership with USA Pro for Debenhams designed to cash in on the craze. Naturally, social media has also had its stab at the trend with a viral video mocking the wearing of gym kits in social situations.

Personally, rocking activewear 5 days a week seems a little fraudulent seeing as I don’t even have a gym membership. And though I try to practice yoga every morning, I tend to spend most of the time lying on the floor in awe as the YouTube yoga instructor bends her leg over her head without breaking a sweat. So, safe to say, I don’t really sport the lifestyle worthy of 24/7 activewear.

But, as the recent survey suggests, you don’t even need to be active to wear activewear, so why can’t I wear gym gear as my everyday attire?

So, I tried wearing activewear for a full working week to see what all the fuss is about.

Slipping into my gym kit on the first day of the challenge, I instantly notice how boring my gym clothes are. Dusty grey leggings and a go-to slouchy vest sourced from Primark years ago didn’t have the desired effect of ‘active and adventurous’ – I just looked like I had shit dress sense. Walking around town to debut my look was mostly embarrassing because of my green and grey trainers – raided from the bargain bin at Sports Direct for just £12.99 – that screamed mum-on-the-school-run rather than a workout warrior. Leggings, a sports bra and an over-sized vest were definitely more comfortable than my usual zip-you-in skinnies and tight tops, but I looked a lot more drab than fab. Some new kit – and perhaps a gym membership - is in order if I’m going to survive this challenge.

Taking the tram to a friend’s house convinces me that I’ve been found out as a gym fraud. Perhaps it’s the full-face of makeup that is leading the nearby couple to eye me up suspiciously, or just my own guilt at the fact that besides a walk to Starbucks, this quick tram trip has been my only exercise today.

After my friends and I have shamelessly polished off a traybake cake, a packet of minstrels and the remainders of hoarded Easter eggs, I recruit their help to take my second gym kit picture. One friend pokes fun at my cocked leg and hand-on-hip posture, an impulsive pose whenever a camera is pointed in my direction.

“Try doing something that looks a bit more active,” she instructs. “Like you would do at the gym.”

I try to high kick my leg – a tell-tale sign that I have no idea what I would do at the gym – and end up karate-punching the wall in the process. It hurts.

Neon-dipped running trousers seem a little inappropriate for the office, even for ManCon’s laidback dress code. But to my surprise, no one bats an eyelid when I turn up in a hoody and running shoes. Still, I can’t shake the feeling of shame as I chomp on a family pack of prawn cocktail crisps whilst modelling running gear.

Day 3 of the challenge revealed further revelations. Maybe the real reason I felt like a fraud in my gym outfit was because I wasn’t fully in my gym outfit i.e. I hadn’t accessorised accordingly. Just as you’d feel out of place rocking an LBD without a cute clutch, my gym attire was lacking an essential accessory. And that accessory? A yoga mat. But not just any yoga mat; I needed the ones you sling over your shoulder that scream “Yeah I do Yoga!” as you parade around town. No one could doubt my active lifestyle if I went out with one of those in public. After a quick online shopping spree, I had bagged my active accessory – as well as a matching yoga ball and some 5kg weights, neither of which I know how to use. But they look super sporty. And they’re matching.

Wearing an all-black active ensemble to Aldi left me little out of place – the city centre supermarket was sprinkled with customers sporting similar looks. A girl dressed head-to-toe in Adidas and bright white trainers passed me as I reached for some kale. I gave her an approving nod. She nodded back – perhaps commending our commitment to our workout regime, or perhaps in acknowledgement that both our startlingly white trainers had rarely been used. 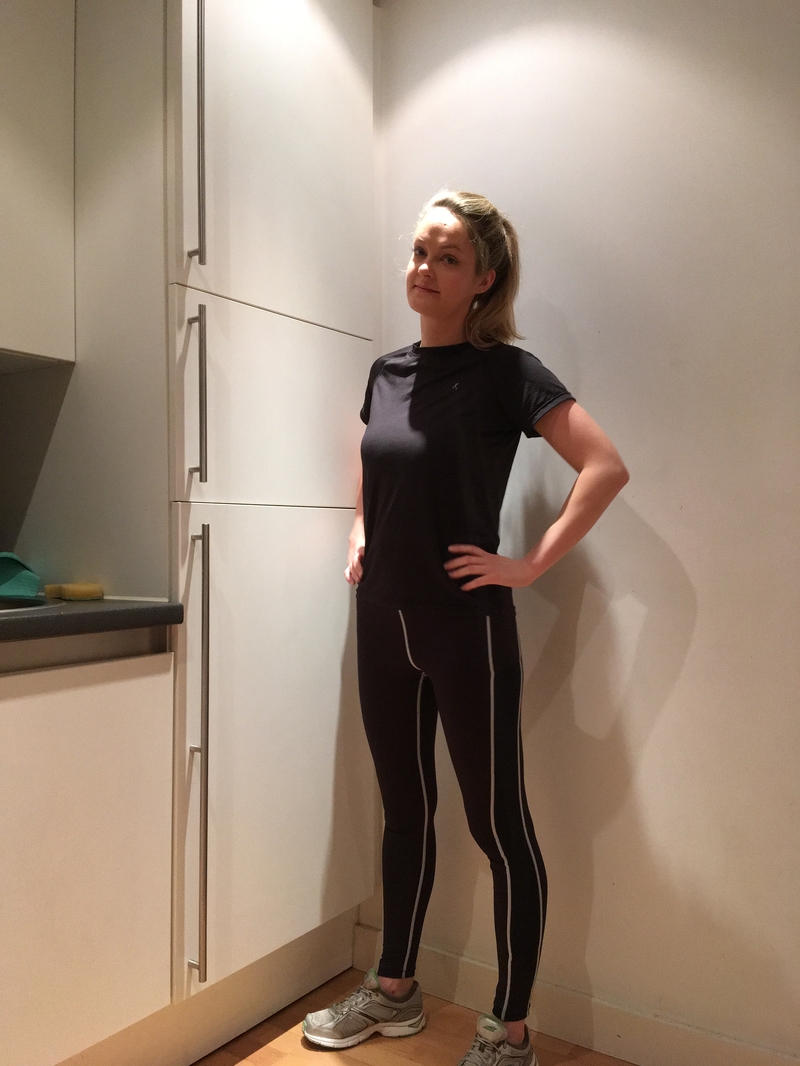 By day 5, my activewear wardrobe was blooming. Thanks to a haul of Boohoo’s sportswear range, I had paired my neon leggings with a funky abstract print top. Dressed head-to-toe in spandex whilst I binge-watched reruns of New Girl did feel a little bizarre, even without the tub of Ben and Jerry’s in my hand. Fortunately, a friend came to the rescue to rectify my situation with a prompt request for the run I’d promised to go on with her yonks ago. I struggled to decline – I was already dressed for the occasion. So, I had to swap my usual “nah, sorry gotta wash my hair” response with “yep see you in 10” as I geared up for my first run of the year. Afterwards, we joined the gym clan at Ancoat’s Kettlebell Kitchen – a ‘clean eating’ venue that is brimming with post-workout gym rats (or at least, that’s what they’re active attire suggests). It may have taken me 5 days to get a workout out of my gym kit, but I’d made it in the end.

Truth be told, I probably exercised my bank account more than anything else this week. But being clad in sporty neons and breathable threads has no doubt made me think about working out a lot more – even if I didn’t hit the gym all week. And besides, isn’t it the thought that counts?