Win tickets to see The Orb

ARE your dancing days over? If not, we have two pairs of tickets sitting here at Confidential HQ to see The Orb, and your name could be on at least one pair of them.

The pioneers of ambient house will “swing past” Liverpool this month when they appear at East Village Arts Club on March 29 for a special late night show.

With chart hits like Little Fluffy Clouds and Toxygene, alongside more experimental works like 17 minute classic Blue Room, The Orb were at the forefront of ambient house. 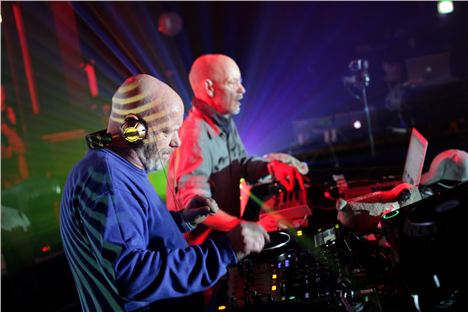 The Orb was born on a warm, Sunday summer's afternoon when original members Dr Alex Paterson and Jimmy Cauty had driven back from a Shoom party in Brighton to Trancentral. Using an OBX and decks, the pair cooked up the idea for 'Lovin You' [aka 'A Huge Ever Growing Pulsating Brain That Rules From The Centre Of The Ultraworld'].

Only Dr Alex remains from the original line up. Having collaborated with everyone from Nine Inch Nails to Pink Floyd's David Gilmore, The Orb are still seriously in demand, and continue to produce top-notch original material, but their euphoria-inducing sound really comes to life on stage.

Don't miss these ambient dance legends at the Arts Club.

Press the big red button below for your chance to win, now!