Inspired by the film Avatar, it's coming to Manchester Arena in June

Toruk – The First Flight is unlike any other Cirque du Soleil experience. The show is a visual effects spectacular where the world of Pandora is depicted through impressive multimedia projections, massive set-pieces and the largest collection of puppetry in Cirque du Soleil history. And of course, through the brilliant Cirque du Soleil performers who bring to life the Na’vi through their athleticism and acrobatics.

James Cameron was involved in creating the show, working alongside directors and multimedia innovators Michel Lemieux and Victor Pilon.

Said James Cameron, “Avatar is really meant to be a celebration of human motion and human emotion and Cirque is able to capture that absolutely perfectly, because it’s all about human performance and physicality. It makes you feel alive to watch these performers.”

Tickets for Toruk – The First Flight are on sale now and can be purchased here.

To be in with a chance of winning two tickets to see the show on 21 June at Manchester Arena, just log in and click to enter. 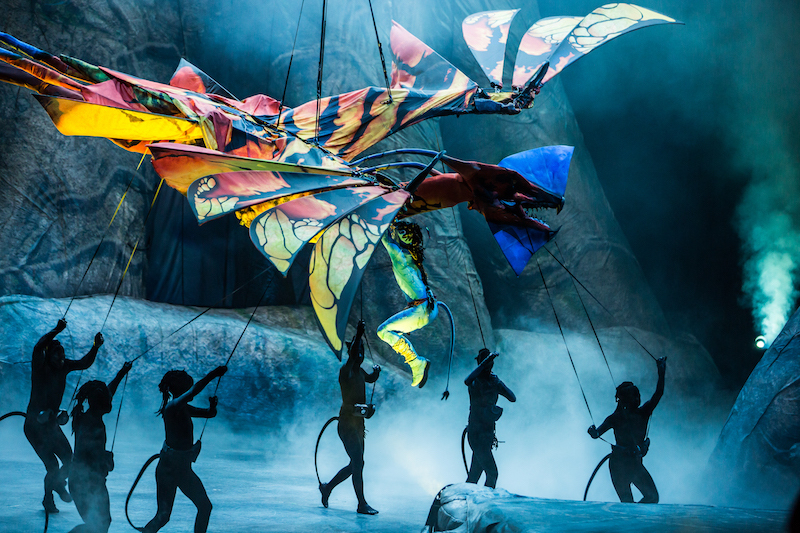