Travelling with Trafalgar is a crafty, tasty treat

From Rome to Salzburg makes a grand tour for Gill Martin

WE sat on the steps of Rome's Trevi Fountain, the newly groomed marble horses glistening in spring sunshine, and clutched coins in our left hands to throw over our right shoulders. Splish, splash, splosh. Job done. We shall, promised our guide, return to Italy's Eternal City.

We were among the last visitors to perch there as a spate of illegal swimming, inspired by a scene from the Sixties movie La Dolce Vita, has forced the mayor to ban bottoms on the basin of the Baroque masterpiece.

Instead, he will have thousands of tourists filing by in a one-way route,  supervised by attendants drawn from the ranks of retired police officers.

Rome wasn't built in a day and our two day schedule allowed us just a glimpse of a city stuffed full of catacombs, piazzas, palazzos, basilicas, museums and, of course, the Colosseum.

Gelato makes people happy, he declared as he offered me a sublime saffron and raspberry cornet. Yummy.

That's when a knowledgeable guide (Ilaria) and driver (Domenico), who can navigate the frenzied traffic – and dodge the Roman Marathon – in a city with four million people and eight million cars are vital. Our Trafalgar trip provided both, although I was bemused at Ilaria's choice of beacon to guide us. It looked suspiciously like a lacy pair of naughty knickers on a stick… or were we to believe it was her late granny's hankie?

Her top tip for pedestrians: jay walking is acceptable but don't make eye contact with the driver or change your mind half way across the  road.

Throughout our whistle-stop trip through Italy Trafalgar kept springing surprises as our luxury coach, with WiFi and loo, whisked us through beautiful countryside, rolling hills and  vineyards to stunning destinations: Perugia, Siena, San Gimignano, Venice.

On what other trip might you meet eco-warrior Celine Cousteau, granddaughter of the famous sea explorer Jacques, a one-woman weaving industry, take a buggy ride around  vineyards owned by a pair of Italian princesses related to the Mona Lisa, lick Tony Blair's favourite ice cream – pistachio and chocolate, according to the gelato world champion himself?

Trafalgar prides itself on finding such gems to enliven your travels. And, as the world’s largest guided tour company, is keen to up-date the image of escorted holidays.  Out with timid tourists cocooned in a rattling charabanc as the landscape whizzes by. In with meeting the locals, experiencing real life, getting the inside track on culture, cuisine and customs. And all in comfort, tip-top hotels and sampling the delights of Italian food.

And what delights. Our first dinner was creamy mozzarella, ravioli, veal and wobbly panacotta with Chef Fabio Bogianni at his spacious apartment in Tiberina, an island in the River Tiber and formerly owned by film director Antonioni. 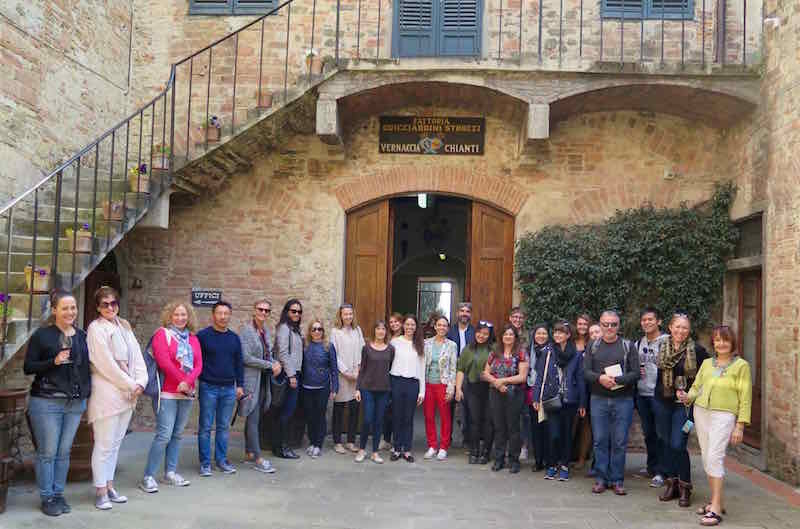 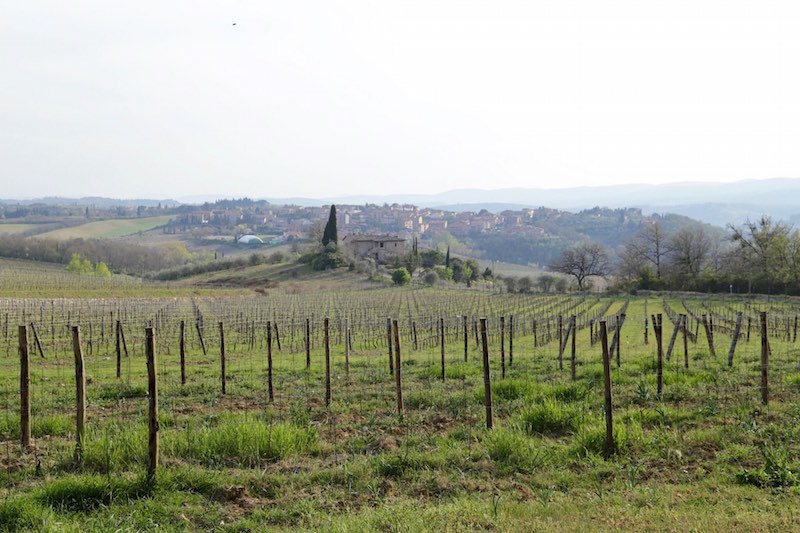 We tried truffles grated on pasta in Perugia, enjoyed a Chianti and olive oil tasting in a Tuscan farm on the ancient road between Siena and Florence. As guests of the Pallini-Lenzi family we relished rich reds and intense rose wines with lunch of gnocchi, Florentine chicken with lemon potatoes. “It's easy to make wine, but not easy to make good wine,” said Gian Luigi Lenzi, retired professor of neurology who has turned his expertise to producing 4,000 bottles of Chianti Classico a year.

“When I retired we drank rivers of Chianti here with neurologists from all over the world,” he beamed.  Hopefully all brain operations were on hold till party hangovers lifted.

Celine Cousteau – ambassador to the TreadRight initiative for sustainable  tourism – took us to meet Martha Brozzetti, 46, who has revived the ancient art of weaving.

As glamorous as any model, she clattered away on her wooden loom, hands and feet in a flurry of movement, fashioning exquisite designs in the draughty Church of San Francesco delle Donne, one of the oldest Franciscan churches in Italy, like her great grandmother before her.

“A table cloth will take a month and each piece is different because I am crazy.  Not a businesswoman. Stupido! But I feel such a positive energy here. I don't have children, just a dentist husband to pay my bills. This is my baby,” she said with a passion Celine shares as she introduces tourists to artisan heritage.

The art of ice cream making was on the menu in the medieval town of San Gimignano where gelato wizard Sergio Dondoldi dolled out his version of' 'cashmere on a plate, inspiration in a glass’. His customers include the good, bad and ugly: the Pope, Bellusconi, the Blairs. “Gelato makes people happy,” he declared as he offered me a sublime saffron and raspberry cornet. Yummy.

I resisted octopus and foie gras flavours… and the numerous torture museums in this charming town on the Via Francigena pilgrim route. Forget thumb screws and chastity belts – the worst torture would be leaving town without an ice cream.

Second only to leaving Venice, the dazzling lagoon city as intoxicating as the prosecco we sipped with tangy cicchetti, Venetian tapas. Ignore horror stories of exorbitant gondola rides and coffees prices. A modest 1.20€ will buy you a spine-stiffening espresso if you stand at the bar of the Caffe Lavena in Piazza San Marco. Sit down and you'll incur a table charge of Euro 11.50€. 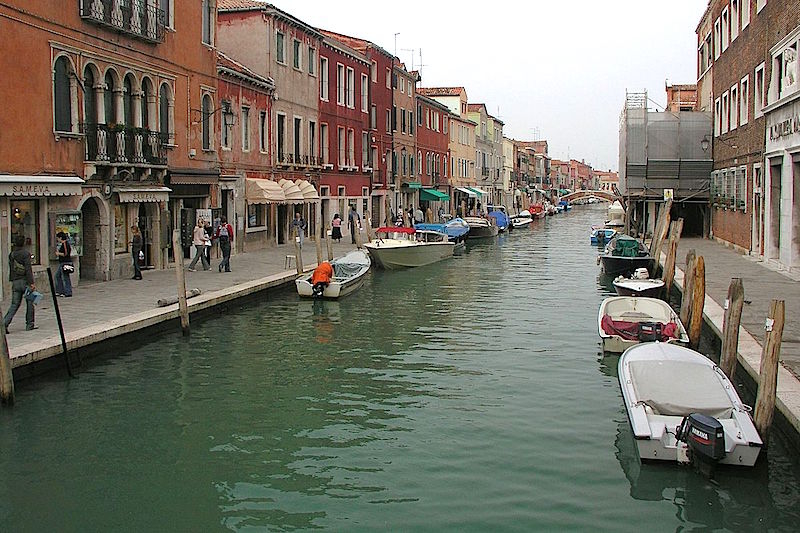 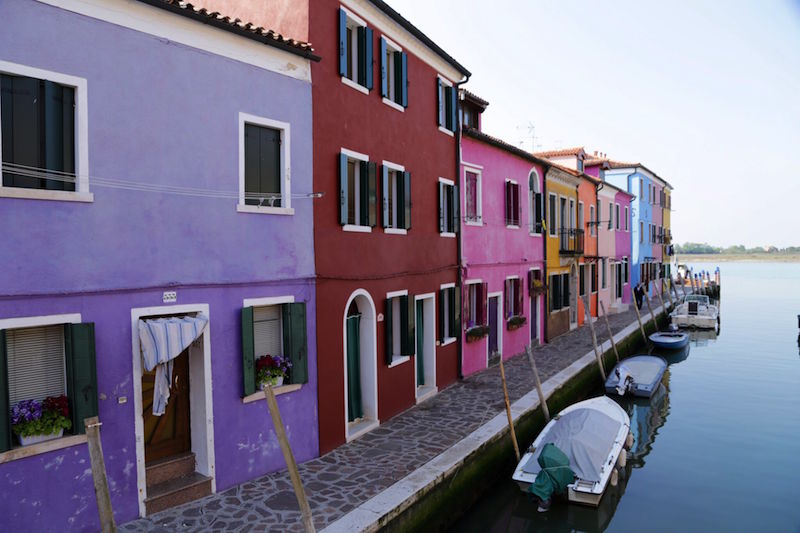 Instead of a gondola we took a speedy motor boat to the island of Murano, famed for  fabulous glass-blowing. We were transfixed by a demo of the art, a muscular master blower with bulging biceps straining sinews to spin the molten glass on heavy iron rod, glowing red from the furnace, to fashion a prancing horse.

Chandeliers  were beyond my budget, so I bought a beautiful blue beaded bracelet for a very special baby back home.  Her postcard never arrived, typical of the Italian postal service, I was told. 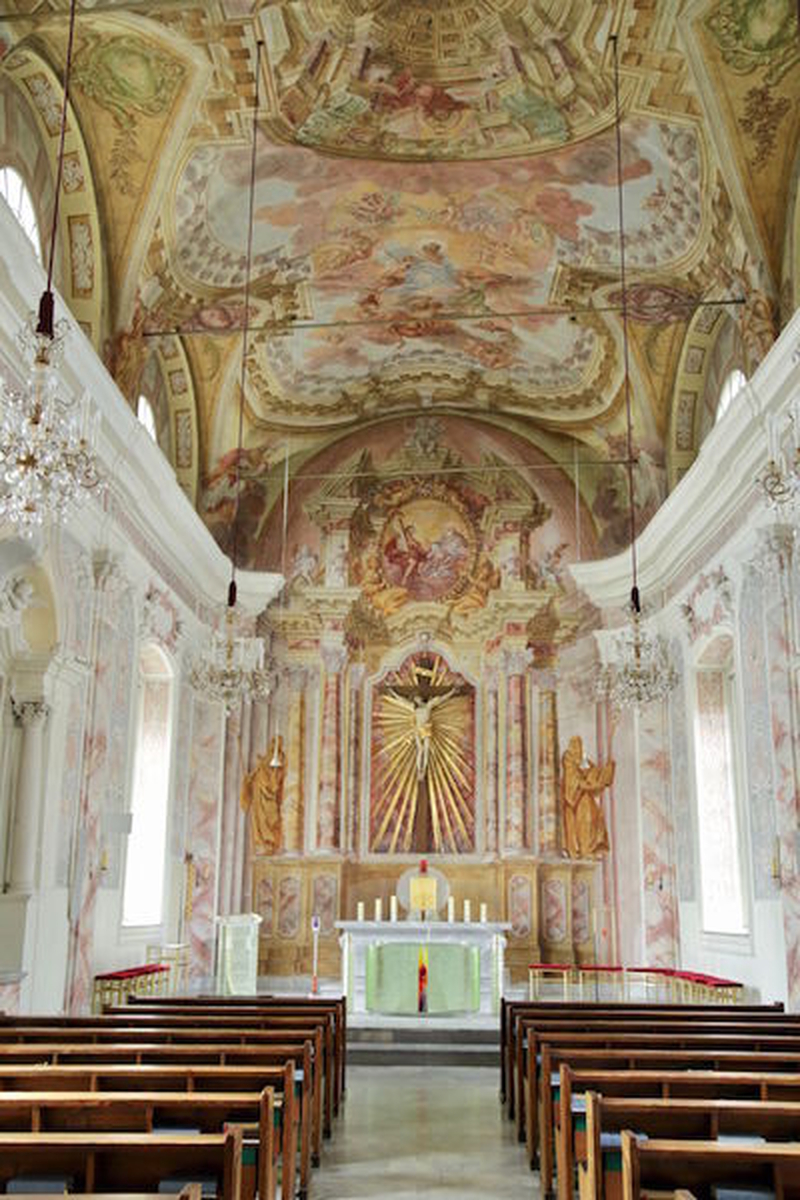 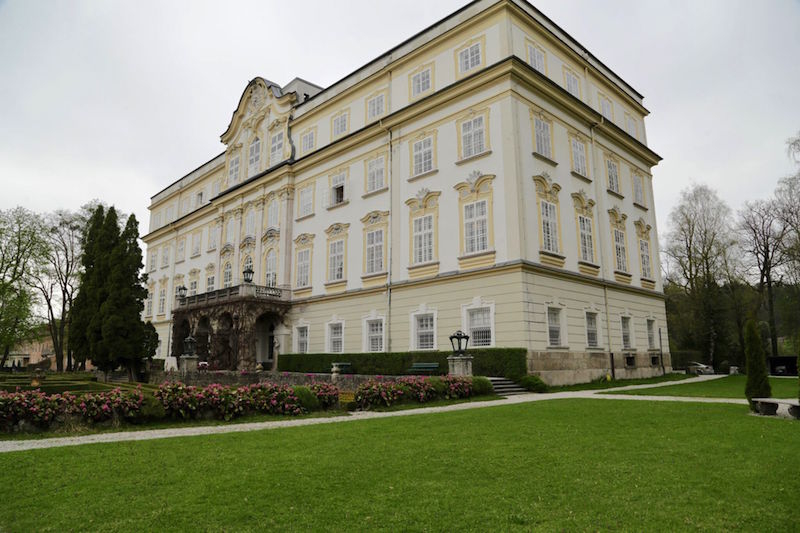 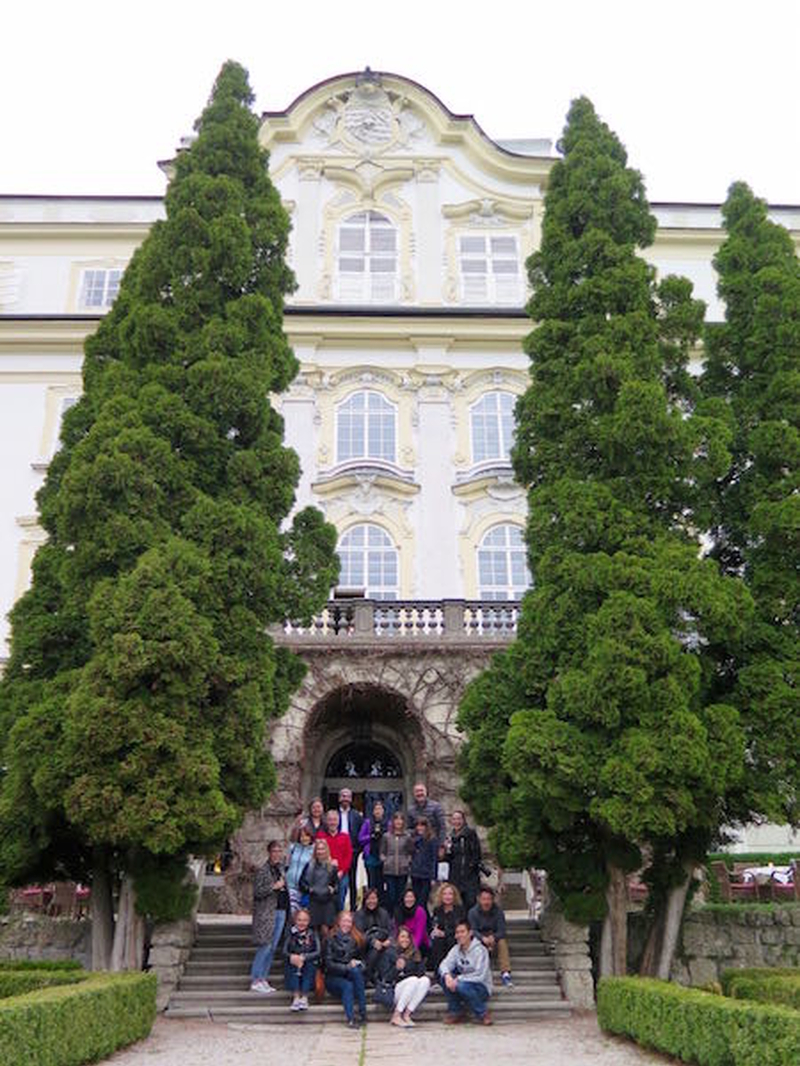 At the end of our Italian Odyssey we made a  swift detour to Austria. There we found the hills alive with the sound of giggling as the jolly Roman Catholic nun and the Muslim tourist compared dress codes in the heart of Sound of Music country.

“My veil never blows off, whichever way the wind blow,” beamed Sister Monica in the breezy cloisters the monastery, formerly a castle near Salzburg.

“And  my hijab is the same,” smiled mum of two Eena, on a trip to Austria and Italy from her home in Kuala Lumpur, Malaysia's capital. Her headgear hid her latest hairdo, dyed shocking  pink.

Our last night was spent at the luxurious Schloss Leopoldskron in Salzburg, an 18th century former family estate of the Prince Archbishop of Salzburg. Known as the Sound of Music Palace for its role as the film's backdrop, it also houses the heart of Scottish Benedictine monk Bernhard Stuart, the master builder whose final wish was that a part of him remains forever in the chapel.

A haunting tale, but any nightmares were banished by happy holiday dreams.

Trafalgar’s (www.trafalgar.com/0800 533 5617) 13 day Best of Italy trip is priced from £2,495 per person. The price includes 12 nights of accommodation in handpicked hotels, daily breakfast, seven dinners (including Be My Guest dining), must see sightseeing, VIP entry to many sights, the services of an expert travel director and separate driver, luxury coach transportation with complimentary Wi-Fi, and private UK airport transfers.